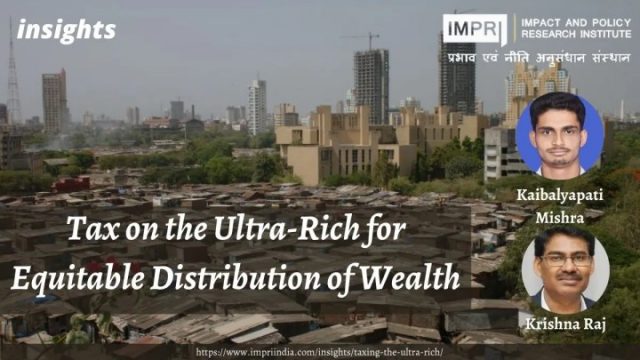 He ushered in the developmental goals for India for the next 25 years stating that the “growth will be green, clean, sustainable and reliable”.

India’s economic foundation has changed dramatically after economic liberalisation in 1991 and the economic fortune of millions of poor people is shattered as India has 364 million or 28% of the population poor in the world. Addressing this crucial dimension of inequitable growth is imperative.

The developmental paradox is that India is not suffering from a lack of wealth rather the accumulation of the country’s wealth in fewer hands. While covid19 waves shattered the economy, 16 crores more people in India were pushed into acute poverty and surprisingly, 40 more people made their fortunes to become billionaires.

In the presence of such grave economic inequalities, equitable distribution of wealth should be the highest and most immediate public policy priority rather than a misplaced and rhetorical development agenda.

Growing inequality during the pandemic is palpable and inequality in India has not only remained, but it has also increased, with lowered-income households experiencing a steady decline in earnings.

This strange economic outcome needs immediate attention through State budgetary allocations and programme implementation towards tackling the exacerbation of inequality caused by the pandemic. India needs multipronged strategies to reverse the economic slowdown.

With the focus on labourers who migrate outside their district or state to earn a living, the government needs to plan for their social security and ensure that such an exodus doesn’t repeat and repatriated labourers get back to their employment.

Similarly concerning small and medium enterprises, credit smoothening is needed for easy availability of loans as due to the pandemic interest rates are skyrocketing combined with inflation. In the backdrop of the pandemic, the capital to risk-weighted assets ratio of Scheduled Commercial Banks stood at 16% ( against the 8% promulgated by the Basel-III norms ) inducing reluctance toward credit expansion, where fiscal support is crucial to ensure credit to the growing entities.

The statistics of increased agricultural employment during the covid lockdown remain a matter of worry as the government has failed to make agriculture remunerative and the doubling of farmer incomes is still a mirage. Thus, ensuring better livelihood through more income generation for farmers should be the prime fiscal agenda in the years to come.

Excessive taxation on fuel and food inflation has a severe impact on less affluent consumers and producers of society. Concerning fuel prices, excise duties still constitute one-fourth of the burden on the consumer. The impact of such hikes has a direct and indirect impact on the lower middle class, as they tend to drive less and consume less as a result of inflations in necessities due to increased transport costs. Lowered fuel prices not only give a direct and positive boost to private consumption expenditure (which was the lowest at 55% in terms of its contribution to GDP) but also give an incentive for local small producers to expand their customer base and earn more.

Global and national companies eating up the prospects of local business and the share of infant industries in the country’s growth is not only inducing concentration of wealth in the grip of the ultra-rich, but it is also hampering the scope of circulation of money and thus pro-poor income multipliers. Over the years and especially during the pandemic, the riding and retreating crude price in the presence of a stalled and growing excise duty has successfully mopped up Government’s tax losses. However, our governments should search for alternatives that are proven to have pro-poor effects.

The Irish literary critic Mary Colum said, “the only difference between the rich and other people is that the rich have more money.” Likely the only way to reduce the heightened difference in income and wealth is to tax the rich. The spirit of an industrialist can be preserved with favourable government regulations, but to reduce the income divide, at least the earlier imposed wealth tax has to be reinstated.

According to the Hurun India Rich List 2021, the ten wealthiest families of India possess about 25.5 lakh crore rupees of national wealth, and the cutoff to be included in the top 10 has increased close to three times, from Rs 44,000 crore in 2014 to Rs 1,21,000 crore last year.

In the name of saving the animal instinct, the waiver of wealth tax in 2016-17 has caused a huge loss in revenue terms and consequent dependence on other means of accruing revenue ( like excise duty on fuels ) which are overburdening the poor and sharpening the economic divide.

A study by Camille Landais and others for the European Union proposed a European wealth tax to fund the Covid19 response of the Union. The same canons can be applied in the case of India, for a tax that is equitable and will promote more economic justice, which will not come at the cost of fiscal contraction.

The imposition of a corporation tax is also quite reasonable given the inequality figures and the figures of the wealthiest 1% gaining the most. It is absurd to have the government diverting one day’s salary of AIIMS staff to the PM-CARE funds, while more equitable alternatives are viably present.

The main development agenda of the country should be to reduce inequality. Preserving the developmental rights of the poor and those left behind can only be done by reducing the concentration of wealth: by taxing the ultra-rich through the reintroduction of the wealth tax.

First published in The Citizen Tax the Ultra-Rich on 4th February 2022.