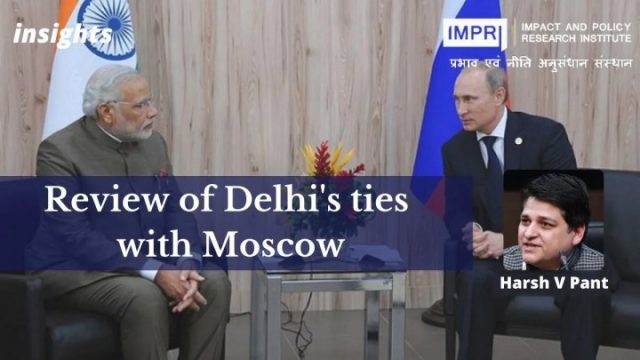 The Ukraine war shows India-Russia ties lack breadth, the Russia-China axis will grow more, and India’s relations ties with the West will rise. India must acknowledge these shifts to deal with the new order better.

Wars challenge the human spirit like few events. They degrade, demoralise and dehumanise. Yet, in their own way, wars can also be ennobling, allowing mortals to envisage the possibility of immortality. They allow us to recognise what is truly valuable and what we must fight for. They contain within them the seeds of a new order — some more lasting than others but all equally significant in the larger scheme of things.

Wars challenge the human spirit like few events. They degrade, demoralise and dehumanise. Yet, in their own way, wars can also be ennobling, allowing mortals to envisage the possibility of immortality. They allow us to recognise what is truly valuable and what we must fight for. They contain within them the seeds of a new order — some more lasting than others but all equally significant in the larger scheme of things.

Most significantly, however, wars clarify for nations their strategic priorities. All the hedging, fudging, balancing and diplomatic manoeuvring eventually have to give space to some definitive choices when violence is unleashed and human lives are at a premium. Strategic clarity is often a byproduct of wars and as nations count their dead, they also recognise their true friends as well as the limits of their liberal illusions about managing relationships with adversaries who see violence as a perfectly legitimate instrumentality in the pursuit of power and ambition.

The ongoing Russian war on Ukraine is also shaping the global environment in profound ways. Ukraine’s destruction is an unfolding tragedy that will have reverberations much beyond eastern Europe. It has already shaken the foundations of the liberal peace in western Europe, a geography that has finally reckoned with the fact that even if you are not interested in war, it may have no interest in leaving you out.

The Ukrainians are fighting back hard under President Volodymyr Zelensky’s inspiring leadership but they must be wondering if the lure of the West was a chimaera that needed a more realistic appraisal. For all those who question why Ukraine is fighting back, it must be clear by now that nationalism is alive and well in Europe despite the scars of the two World Wars and it is likely to get even more entrenched after the Russian assault.

Old Europe is back while the new one has been interred in the present crisis. Other nations that were part of the Soviet sphere of influence are likely to get even more pronounced in their anti-Russian sentiment and more determined to resist Russian advances. Ukraine has shown that resisting the Russian military might is possible even if the costs are quite high.

The Russian military might have been exposed to be a hollow shell. For all the talk of Russian military modernisation, it is evident that its forces have underperformed massively. Every day that Ukraine holds the Russians back, it is a victory for a much weaker nation trying to stand up to a behemoth. Military historians will look back at this war to study how Russia failed at all levels — tactical, operational and strategic.

Apart from the application of brute force eventually, there aren’t that many options left for Moscow. President Vladimir Putin, who at one point looked like one of the smartest global strategists, known to play a relatively weak hand effectively, has, in one fell swoop, diminished his standing across the world.

A small-time comedian-turned-politician is challenging him every single day, his nation’s economic decline is approaching faster and he is now having to go to the Chinese for military and economic aid. There is no pretence anymore of Putin being equal to Xi Jinping. It’s a relationship in which Putin is officially the junior partner now.

For Europe, this is a moment of reckoning as well and an important reminder that there is no alternative to greater political cohesion and stronger military capabilities. And for all the talk over the last several decades, the reaction of the European Union (EU)has been fast and almost furious. If Berlin has got the message that making money is not the be-all and end-all of a nation’s strategic interests.

Brussels has been pushed to make critical choices on the energy front. The old debates on the duplication of capabilities between the North Atlantic Treaty Organization (NATO) and the EU have given way to a new realisation that Europe needs to both stand together with greater commitments to regional security as well as work with the United States (US) to strengthen the trans-Atlantic partnership.

Hard power was getting marginal in Europe’s strategic position but now Germany is committing itself to a hard power resurgence along with France’s long-standing demand for the EU to have greater strategic capabilities. If it was China that alerted Europe to the lack of its geopolitical aspirations, it’s Russia’s overuse of hard power in its periphery that has made the debates on the role of the military in contemporary European politics almost redundant.

The US is watching all this from a distance, as it often does, but is at the very heart of the emerging (dis)order. With this war, it is coming to terms with the fact that it will have to walk and chew gum at the same time. Even as the real strategic challenge is emerging in the Indo-Pacific with the rise of China, the US doesn’t have the luxury of ignoring Eurasia. After failing to break the Russia-China axis, its geopolitical contestation with the great disruptors is only going to gather steam. A strategic retreat is no longer a viable option.

In India, for all the debate over who is to be blamed for this conflict, New Delhi’s shrinking set of choices is palpable. Strategically, India cannot afford to be distracted as its focus should be on China. But this war has only reinforced the underlying trends in Indian foreign policy — Indian defence dependence on Russia is unsustainable; India-Russia ties lack breadth; the Russia-China axis is only likely to grow stronger, and India’s ties with the West will continue to grow.

Even as India continues with its balancing act, it should be prepared for an eventual rupture with Russia that is bound to happen sooner rather than later despite the best intentions of Indian policymakers and the lure of discounted oil. If the Ukraine war can bring about this clarity in Delhi, it would position India to better deal with the emerging global order.

First published at Hindustan Times by the title, Delhi must review ties with Moscow, on 16th March 2022

Read more about Harsh V Pant, Lessons For China From The Ukraine Crisis, at IMPRI Insights