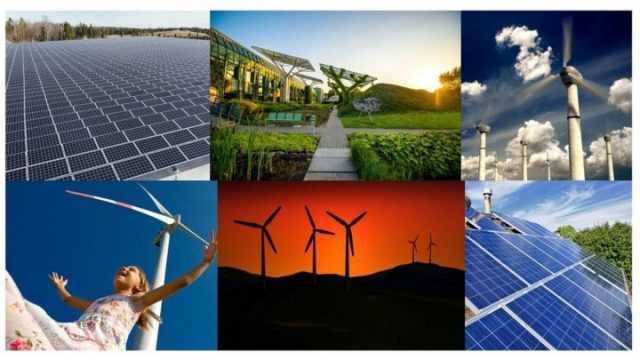 Energy Security has always been a concern for all the countries in the world, as with modernization, the use of energy has been increasing rapidly and people’s life and the national economy becoming dependent on the usage of energy. So, to maintain a secured future, different initiatives are being taken in the energy sector all over the world.

Recent developments in South Asian energy security such as the India-Nepal petroleum products pipeline and the India-Bhutan joint venture hydroelectric project have revived conversations on energy cooperation in the region. While these projects are a welcome development, like many others before, they have experienced logistical, bureaucratic, or political delays.

The moderator of the session Dr. Simi Mehta starting with shared that South Asia is one of the leading consumers of energy and hydrocarbon accounts for a predominant share. The countries are not richly endowed with hydrocarbons nor are evenly bestowed with natural resources and production capabilities.

She added that these countries are meeting their energy demands through imports, there is about 25% import dependency in Bhutan and 17% in Nepal. However, in larger countries like India and Bangladesh, it is more than 80% of their hydrocarbon demand. Thus vulnerable fluctuations in the global market and uneven resource endowment scores the very need for regional cooperation of energy security.

Initiating the discussion Srinivas Krishnaswamy mentioned that the energy sector is the most significant contributor to greenhouse gas emissions across all south Asian countries except Nepal. Showing the statistics, he explained the Dominance of fossil fuels to meet energy and electricity requirements in the south Asian countries, except for Bhutan and Nepal. However, the per capita consumption of the region is lower than the global average. He talked about the Access to clean energy in the region and how India has significantly improved over this aspect.

Talking about Carbon Foot Print especially the energy sector of South Asia he underlined that the energy sector contributed to most of the GHG emissions. Energy contributes 80%, 39%, 48%, 64%, 43%, 60%, 59%, and 78% of greenhouse gas emissions in Afghanistan, Bangladesh, Pakistan, Sri Lanka, Nepal, Maldives, Bhutan, and India respectively.

The Important points mentioned are:

Mentioning the Energy mix in South Asian Countries he stated that 55% of India’s electricity power capacity comes from coal, this number has come down due to India’s emphasis on using renewable energy. In the case of Nepal Major energy consumption comes from Hydropower (71%).In Pakistan Oil and Gas (47%) are the major contributors. In Bangladesh and Afghanistan, oil and gas are the largest contributors while in Sri Lanka Oil and Gas and Hydro are the major ones.

He further talked about how few bilateral and trilateral energy cooperation agreements exist but are faced with challenges. A few of these challenges are changing geopolitical dynamics, lack of follow-through on ambitious resolutions made at multilateral meets, and domestic political dynamics. He describes the need for regional energy cooperations to achieve the emission targets and manage regional energy load balance.

He further talked about how few bilateral and trilateral energy cooperation agreements exist but are faced with challenges. A few of these challenges are changing geopolitical dynamics, lack of follow-through on ambitious resolutions made at multilateral meets, and domestic political dynamics. He describes the need for regional energy cooperations to achieve the emission targets and manage regional energy load balance.

How fair and just is renewable-based energy transition.

She talked about her Ph.D. work on bilateral relations between India Nepal Bhutan in the field of hydropower to see how new projects are being designed and implemented. Thinking about resettlements while planning large dams, job losses, and livelihood transition for the people in the energy sector while moving away from fossil fuels to renewables.

She emphasizes that there’s a need for the right institutions and the political will to make sure that all segments of the South Asia population come together and benefit from the transition. She says more deep thinking about the issues of technology transfers and the social and environmental impacts of such massive projects is required. For instance, she says Nepal has no regional environmental impact assessment norms in place as such. The regional, national government needs to decide what norms and practices are to be followed.

Hydropower sector in the dynamics of renewable energy

Commending Krishnaswamy on his remarks, Mr. Scott tried to expand on them in a constructively critical way. According to him, he would put technical technology and regional grid in one basket as technical and technocratic types of cooperation in renewable energy among the region.

When discussing the regional grid connection, more emphasis is needed on the diplomatic and bilateral types of discussions and the technical feasibility of those connections. He is of the opinion that the political economy questions are a tremendous challenge for the region. By having grid connections, distributing individual countries’ carbon challenges across the region would even out those carbon impacts.

He believes that the hydropower sector is where at least in the coming decade has the most significant potential as the Himalayan region has excess potential here; he explains by taking the example of Nepal’s self-sufficiency in energy generation. He mentions the work of the International center for integrated mountain development on the country-to-country contact in the Himalayan region. Regulated Regional markets can drive some of the renewable technology solutions.

Finally, he talks about China’s potential in terms of energy cooperation while acknowledging the challenges of political dynamics.

Role of prevailing political dynamics in the region.

From his experience, he shares how stakeholders in Nepal, which exports hydroelectricity to India and Bangladesh, are not being compensated for the environmental losses it is facing. The perception gap between the countries exporting and importing electricity regarding the benefits of hydroelectricity is really undermined. Taking the example of the coal power plant being constructed in the Sundarbans mangroves of Bangladesh with India’s assistance, Dr. Huda says that when it comes to energy cooperation, it is perhaps best to avoid projects that undermine the environment and regional coalition.

He further talks about the ethical dilemmas that arise in the projects; for instance, the Turkmenistan, Afghanistan, Pakistan India (TAPI) pipeline, which was inaugurated a couple of years back, is where these issues arose. With the rise of the Taliban in Afghanistan, the questions of ethics and legitimacy also rise. Taking a few more examples, he explains the ethical issues that are entangled with regional corporations.

Srinivas Krishnaswamy responded to the issues raised by the panellists. He said that the transition issues will majorly be faced in India, while in the other countries, the energy situation is still growing and will have a lesser impact, but each challenge needs to be addressed. He says that indeed political dynamics play a role, and certainly India-Pakistan and India-China relations have unfortunately come in the way of fostering energy cooperation. This is a larger issue, and the nations have to come together to address the same.

The session ended with a Q & A where questions like issues with domestic consensus, major impediments that come in the way of energy export, resource nationalism challenges, continued focus on effective policy negotiations and necessity of inter-county energy cooperations.

Responding to a question of major impediments that result in difficult energy exports from one country to other Dr Mirza stated that there exist overlapping of coal interest and political interest in certain parts of South Asia which prevents the development of future cooperations.

Responding to a question of China being a model of Renewable energy Prof Scott responded by stating that there exist deep problems in China’s own transition and their energy growth rates are such that even with the adoption of Renewables they are building fossil fuel coal fired power plants.

Ms Udisha sharing her views said that there is trend of increasing number of knowledge brokering institutions that act as sources of policy advice to governments in South Asia. Responding to question on achieving 100% Renewable energy Srinivas opinionated that south Asian countries can achieve the target of 100% renewable own their own but with cooperation it can be achieved much shorter time frame

In the closing remarks, panellists discussed creating efficient rule-based, transparent energy markets and dealing with renewable energy waste, specifically solar panels waste. It was unanimously concluded that the world needs sustainable energy resources where every country has energy security for its citizens.

“We need to agree on some form of Social and Environmental standards to make energy cooperation sustainable in south Asia”. Says Dr. Mirza

“We need to make sure that there exist data transparency in the energy sector.” Says Udisha

“To Aim at 100% renewable, we need to have Regional Energy regulators for bringing issues together.” Says Srinivas

Acknowledgement : Sonia Singh is a Research intern at IMPRI