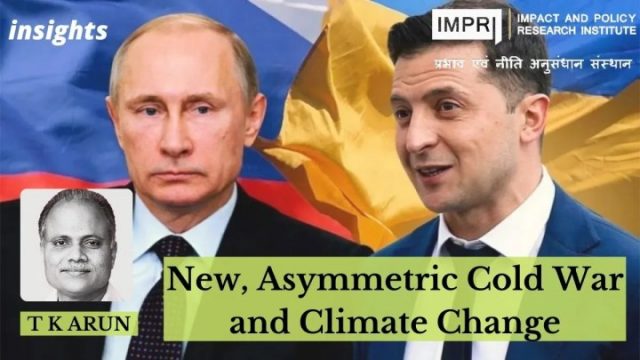 America wants to weaken Russia, said US defence secretary Lloyd Austin when he visited Ukrainian capital Kyiv in late April. This was a candid statement of the US war aim in Ukraine. Ukrainian forces do the fighting, Russia bleeds, the US and other Nato forces pursue their Cold War aim by drawing Russia into a hot war, while its own direct part stays comfortably cool. Collateral damage? Developing countries see prices spurt, interest rates go up to rein in inflation and growth, swoon.

Western powers keep plying the Ukrainians with a never-ending supply of weapons and fuel for braggadocio. Ukraine is Europe’s lion, Boris Johnson told Volodymyr Zelenskyy, and added, for good measure: “And you are its roar.” Much purring and belligerent meowing followed. Instead of trying to sue for peace and end the war, Zelenskyy continues to fight.

When western powers supply Ukraine with weapons, these come across either the land border or through the port at Odessa. From the border, the weapons have to be transported via trains. The Russians are keen to disrupt the supply of weapons to the warfront in eastern Ukraine. So, they bomb the port, depots, rail tracks and train stations. Ukraine sees its infrastructure being destroyed every day. But the lion continues to roar. The Brits have always been known for clever breeding and training of dogs. Evidently, the world underappreciates their skill with feline species.

Ukraine and Russia are major exporters of wheat. Their supplies have been disrupted. Russia and ally Belarus are major exporters of fertilisers and fertilizer inputs. Boycott of their produce means there is a global shortage of fertilisers in places as far away as Brazil. Ukraine is a big producer of sunflower seeds. Sunflowers are not blooming anytime soon in Ukraine. Combined with a shortage of palm oil in Southeast Asia, leading to an export ban in Indonesia, cooking oil is in short supply and prices have soared. Bread and biscuits are made from wheat flour and palm oil. Bread and biscuit prices are rising.

The war sent oil prices to $130 a barrel. Prices have cooled since then, but boycott of Russian energy has driven up oil, gas and coal prices everywhere else. The IMF has dutifully estimated how many percentage points of world growth will be shaved off by the higher oil prices.

As it is, the pandemic had cut employment levels and pushed up poverty in much of the developing world. Now, the economic fallout of war, combined with the disruption of global supply chains that snake through one or more sites in China, has further accentuated these effects.

In the US, many people have withdrawn from the workforce, and there is a shortage of workers in most industries. This is pushing up wages. Rising energy prices do their bit to push up the rate of inflation to a 41-year high of 8.5% in March. The Fed is bent on ratcheting up policy rates all through this year and the next.

Higher interest rates in the US mean a relocation of capital from emerging markets back to the home country—many funds operate with a mandate to obtain a particular risk-adjusted rate of return. As the possibility of inflation and global economic disruption threaten growth in emerging markets, and US treasury yields climb, portfolio capital rushes back to the home country.
Portfolio investors have staged a net outflow of $20 billion from India since January.

The RBI has tried to hold the rupee’s fall in check, by spending some $32 billion of its reserves. And it has been forced to raise rates, to staunch further outflow of capital (the higher the interest rate differential between the rupee and the dollar, the higher the incentive for capital to move) and dampen inflation. This will affect growth.

Misery in the poorer parts of the world has never thrown much cold water on Cold Warrior enthusiasm. The Ukraine war has sent the share prices of Lockheed-Martin, BAE Systems, Raytheon and other arms manufacturers skyrocketing.
The US is shipping its decades-old Stinger and Javelin missiles to Ukraine, freeing up physical and budgetary space for replenishing these stocks with new-age weaponry. Defence company CEOs are reportedly running up big dry-cleaning bills, as they cannot stop salivating and dribbling onto their suits as defence budgets keep going up in country after country. Europe is not too sure that it can outsource defence to the US, nor Japan nor South Korea. Every nation is raising its defence budget.

As the Cold War returns with a vengeance and makes the developing world bear the cost of waging the new asymmetric Cold War, it is time for a new non-aligned bloc of nations to speak up and tell the rich world to step back. The world needs a higher proportion of rich-world GDP to be spent on sucking carbon dioxide out of the atmosphere, to avert a climate catastrophe, not to be spent on weakening Russia.

This article was first published in The Economic Times as The new phase of conflict across continents is hot for Russia, cool for the West on 11 May 2022.

The State of Finances of Cities in India – IMPRI Impact...