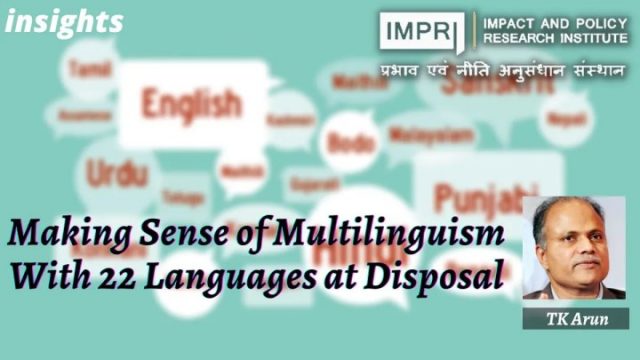 There are many things to be said about the recently-notified amendments to the Intermediary Guidelines and Media Ethics Code. One is that the Union government would do well to adopt for itself the language policy it prescribes for information technology (IT) intermediaries.

Intermediaries are required to publish their policies, guidelines, user agreement, privacy policy, etc. on their website or phone app, and periodically inform users of any change in these. The 2021 guidelines used the following provision to require this: “the intermediary shall prominently publish on its website, mobile-based application or both, as the case may be, the rules and regulations, privacy policy and user agreement for access or usage of its computer resource by any person”.

The 2022 amendment says the same thing, but with a regional language twist: “the intermediary shall prominently publish on its website, mobile-based application or both, as the case may be, the rules and regulations, privacy policy and user agreement in English or any language specified in the Eighth Schedule to the Constitution for access or usage of its computer resource by any person in the language of his choice and ensure compliance of the same.”

In two more places, where the 2021 guidelines asked for the publication of information, the 2022 version further specifies that the publication should be in English, and all the languages listed in the Eighth Schedule of the Constitution. Sure, the guideline quoted above only says ‘any language’ specified in the Eighth Schedule, but the qualification that this must facilitate access or usage of the intermediary’s computer resource by any person in the language of his choice brings all the languages into reckoning — unless the service is meant to be used only by speakers of one language.

Intermediaries that operate pan-India would need to make their terms of service available in all 22 languages of the Eighth Schedule, to meet the guidelines mandate.

Nothing wrong with that. In fact, there is everything right with it. Major Indian states have populations as large as those of major nations of the world, if not larger. Only China, the United States, and Indonesia have populations larger than Uttar Pradesh’s. Germany is comparable to Andhra Pradesh in terms of population size, France and the United Kingdom are smaller than Bihar, Italy, smaller than Gujarat. The city of Delhi is larger, in population size, than Finland, Denmark, and Norway put together. In European markets, companies sell their goods and services in their respective languages. They can do that in India also.

The European Union (EU) has 24 official languages, and all its documents are made available in all these languages. The EU promotes multilingualism, and any citizen of an EU member country has the right to communicate with the European Commission or other EU bodies in their own mother tongue.

This is the policy the Government of India wants IT intermediaries to follow in India. This makes perfect sense. What does not make sense is that the government does not adopt the policy for itself, vis-à-vis the people of India. The Union government sends its communications to the states in English or Hindi. Why? Why not in all the 22 languages in the Eighth Schedule?

It is the same committee report that recommended that all engineering and medical colleges teach students in Hindi. Shah recently held up a textbook on anatomy, meant for the MBBS course in Madhya Pradesh.

This ideological project of linguistic dominance of Hindi, if not of linguistic homogenization, will create not just practical difficulties but also schism in India with its multiple regional and linguistic identities, consolidated in states organized on the basis of language.

What should be done is to build up every Indian language to be capable of conducting all conceivable modern transactions in them. This would be possible only when precise, high-quality translation becomes routine, from English to Indian languages, from Indian languages to English, and between Indian languages. This calls for fostering English proficiency across the board, as a tool for enriching Indian languages with the sources of knowledge they need in all disciplines and to keep updating them.

The Union government should abandon its Hindi-centric project and, instead, adopt the multilingual policy it is now obliging IT intermediaries to follow.

De-emphasising English proficiency, instead of promoting its use to enrich Indian languages, carries with it multiple perils. One is visible in the new, amended intermediary guidelines. Under Rule 3, Clause (f) of Sub-rule 1 is to be replaced with a new Clause (f): “(f) the intermediary shall periodically, and at least once in a year, inform its users in English or any language specified in the Eighth Schedule to the Constitution in the language of his choice of its rules and regulations, privacy policy or user agreement or any change in the rules and regulations, privacy policy or user agreement, as the case may be.“

Forget the infelicity of “once in every year”, and of repeating the need to inform users of the intermediary’s policies already covered in a preceding section. Who is the ‘he’ referred to in “in the language of his choice”? There is no male noun in the singular it can refer to, in the entire sentence. The context makes it clear that it should have been ‘their’ — referring to users — than ‘his’. Gender insensitivity (why assume all users of computer services are male?) and imprecision are introduced in the legal text the entire world would scrutinize, as a result of creeping official disdain for English. If English were used, then ’twere well, It were done right’.

This article was first published on moneycontrol as The language of intermediation matters on November 02, 2022.