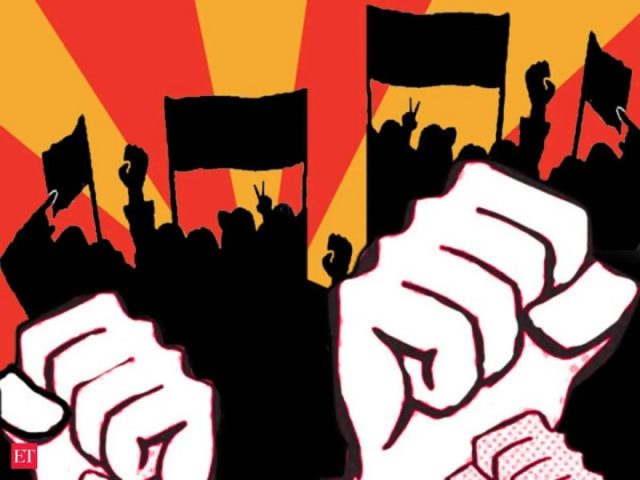 Right from the colonial dispensation, the labour class of India has been exploited and forced to submissively accept the commands of those in authority. Keeping the significance of this topic in mind, #IMPRI Center for Work and Welfare (CWW), IMPRI Impact and Policy Research Institute, New Delhi, Indian Social Institute (ISI), New Delhi, and Counterview organized a panel discussion on the theme ‘Labour Movements in India @75: Challenges and the Way Forward’ as part of series The State of Employment and Livelihood- #EmploymentDebate on January 12, 2022.

Stattus of Movements in India

The discussion was started by Prof. K R Shyam Sundar, Professor, HRM Area at XLRI – Xavier School of Management, Jamshedpur and the Visiting Professor at IMPRI by introducing the proficient panelists.

As the moderator, Professor Sundar brought out a few issues to commence the panel discussion- the first concerning the action of labour movement organizations and civil society organizations in ensuring the Right to Life and Livelihood of humanity, of which workers constitute a large proportion. He also highlighted how the neoliberal institutions have been using the COVID-19 pandemic to propagate the neoliberal reform agenda through various government announcements- like privatization and monetization of various public assets- since March 2020.

In addition to this, Prof. Sundar talked about the restricted approach of industrial workers and labourers when it comes to demonstrating their struggles and demanding rights, as the option of long protests, like that of the farmers’, is not open to them. He talked about the two-fold crisis persisting in the labour movements in India and discussed how, on one hand, the old-established labour laws are being breached and on the other hand, workers working in the informal sector and gig economy lack a recognized identity for the work they do.

He concluded his opening statement by suggesting that the labour movements should identify a few core elements from a long list and wage a sustainable struggle for them; this will not only help streamline the overall purpose of the movement but also make their actions more efficient.

Prof. A V Jose, Honorary Visiting Professor, Centre for Development Studies (CDS), Kerala, elaborated upon a really basic yet important idea- India is too populous and too dynamic to have a unified system of rules and solutions- which is often ignored. He shared the example of industrial Europe where labour unions came forward to answer the social questions of workers and worked along with them to provide solutions to the same. They aimed to transform the existing political reality and gave utmost importance to workers’ entitlements.

Labour unions provided social security to the workers by transforming the labour rules and regulations, legally safeguarding their interests and by building on the material establishments of the industrial world; this also resulted in increased participation of the labourers in creating more institutions and reforms, all of which was supported by the International Labour Organization (ILO). The organizing strength and mobilisation of the workers severely aided their decision-making abilities in the industrial sector and was regarded as a remarkable achievement. With the coming of globalization, the entire structure was disrupted as it did not give importance to the security and interests of the workers at all.

Prof. Jose recommended refocusing our vision on the labour movements and creating a political space that allows the workers to participate and where their minimum interests are being protected. They indeed form a very integral part of the political constituency and hence the state, as well as the centre, should reallocate their resources and work towards their development. The solution lies in reshaping the economic and political spheres and allowing them to prosper so that they are capable enough of extracting opportunities and interest and can never be pushed below a minimum level of lifestyle.

He also emphasized the participation of labour unions in enforcing the wages and ensuring income and social security as they have a place in the administration and management frameworks of the recognized institutions, making them self-financed entities. If the existing inequalities are resolved, one can expect sufficient resources to finance and maintain the much-needed social minimum floor.

Mr Shaik Salauddin, National General Secretary, Indian Federation Of App Based Transport Workers (IFAT); Founder State President, Telangana Gig And Platform Workers Union (TGPWU), Mr Salauddin began by talking about the lack of policymaking and implementation when it comes to the gig and platform workers. He brought out the very sensitive issue of manipulating the workers by making them serve the customers at the cost of their own lives and in return giving no security whatsoever.

He very well gave the example of food delivery apps that increase their user base by promising fast delivery of food, giving no additional incentives or safety assurance to the delivery person taking the risk. In addition to this, these workers are working under a constant scare of ‘bad rating’, depicting poor performance; this leverage given to the customers creates additional pressure for the worker and forces them to do the extra work for which they are never compensated.

Mr. Shaik emphasised how the organizations working in the gig economy ensured to employ the unemployed but in today’s time, as we all witness, the extraordinary expectations of the organization as well as the customers are leading to more unemployment. All these issues call for a strict system of rules and framework, clearly stating the role of the state and central governments, the mandate under which the workers should work, the extent of services provided to the users, role of auxiliary departments, labour and trade unions and the like. He also brought to light the delayed implementation and response from the stakeholders concerning the matter and concludes on a hopeful note of potential discussion of a policy addressing this issue.

He mentioned how the lack of education and awareness among the workers makes them accept their oppression as it is; they are not ‘woke’ enough to address their grievances. It becomes our responsibility, as a participant in the labour movement, to bring all the workers together under one umbrella, give them the freedom to identify themselves as workers and empower them to organize themselves, voice their concerns and demand their rights.

Even after 100 years of the ILO and 100+ years of Trade Union Movement, Mr. Ahmmed mentioned, we have still not attained occupational health and safety as a fundamental right. We need to mobilise our resources and give a sense of identity to all the workers, in the formal setting, in order to succeed in the labour movement.

Besides this, we need to equip ourselves with the upcoming technology and innovations and make use of different tools to deal with different stakeholders and resolve the different issues crowding the labour movements. Issues today are not dealt with by one ministry/organization alone; there are a lot of intersections, followed by contrasting opinions making it necessary for any concerned individual/group to have a flexible and wide approach while looking for the remedy.

To acknowledge the demands of women labourers in rural India, the labour unions need to work with the Ministry of Women and Child Development as well as the Ministry of Rural Development to better understand the issue and draw strategies. In the end, Mr. Ahmmed focussed on the lack of solidarity and volunteerism. Earlier, different industries responded and expressed solidarity towards each other’s work and developments, but in recent times, this culture has been dissolved. As an extension to this, today, every and any work can be facilitated via monetary incentives, and hence volunteerism is discouraged.

The Lack of Structure

Dr. Sonia George, Secretary, Self-Employed Women’s Association (SEWA), Kerala, presented her arguments by acknowledging the formal framework of the entire labour population of a country like India. She extended how one can challenge this existing structure made for formal labour to protect the needs and interests of informal labour, constituting a large part of our workforce.

Elaborating on the consequences of globalization, she mentioned the unequal relationship between the owner of a garment brand situated in a developed country and the supply chain worker, working in a dingy garment factory in a rural town of a developing/under-developed country; this has generated a sort of temporary work atmosphere, where the production and other manufacturing activities are shifted from place to place to cut on the production cost. The lack of an employer base in the labour relationships as well as the withdrawal of the state from matters of labour and workers demands for a new platform to discuss these issues and deliberate upon them.

She exclaimed how in the last decade, the participation of women in the workforce has been decreasing despite the incorporation of measures to increase it. According to Dr. George, the formalization of informal workers is a complex process for a country like India because not only is the composition of informal workers rising day by day, but also, but also the high unemployment rates along with the existing hardships proposed by the pandemic have resulted in the loss of jobs for many.

This leaves no space for such a transition and hence, leaving us blank on the question of how shall India support its informal workforce. The existing norms and policies yield a lot of structural challenges, restricting the mobility and sustainability of informal workers- be it in terms of health, wage, or other social factors.

She pointed out another reason for the lack of structure for informal workers by bringing to light that most of the trade unions in India are run by and work for the organized sector of labour, thus excluding the informal workers from the collective bargain. According to the 1926 Trade Union Act, a self-employed group of individuals, for instance, domestic workers, can not be registered as trade unions because they will not be considered eligible for the same. She concluded by suggesting the destructuring of the existing framework and instead, looking for new forms of collective bargaining which is inclusive, sustainable and allow the majority of the workforce to fight for their rights.

The moderator encapsulated the entire debate by revisiting the different arguments by our different panelists and how all of them covered pertinent issues among the Labour Movements in India. After addressing a few questions, one of the panelists, Prof. Jose, expressed how the panel discussion led to more questions than answers and expressed the need to have more dialogues and deliberations on such issues.

Acknowledgment: Diya Goswami is a Research Intern at IMPRI

YouTube Video for Labour Movements in India @75: Challenges and the Way Forward