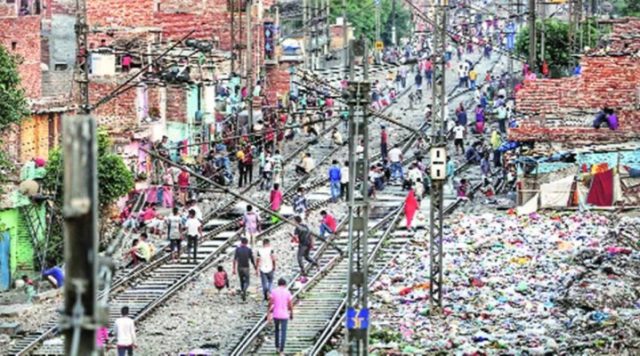 Budget proposals bode well for the infrastructure sector. However, unless the Government’s plan is backed by institutional reforms, we will not be able to exploit the true potential of urbanization

The Union Budget presented by Finance Minister Nirmala Sitharaman set the ambitious target of India becoming a $5 trillion economy by 2025. Given the Centre’s limited fiscal space, especially in the backdrop of slow growth and stagnant private sector investment in recent years, the achievement of such a goal will truly be a daunting task for the Government. The Finance Minister also mentioned the annual average investment requirement of Rs 20 lakh crore ($300 billion) for the realisation of the $5 trillion economy. In this context, cities are expected to play a crucial role to make the transformation. Consequently, budgetary provision for financing urban infrastructure, in general, assumes special significance.

However, one of the key takeaways of the Budget — one which would have implications for urban transformation — is the massive thrust on this sector via the proposal to spend Rs 100 lakh crore on infrastructure upgradation in the next five years. Different projects such as the Smart city mission, Atal Mission for Rejuvenation and Urban Transformation (AMRUT), Affordable Housing scheme, industrial corridors, Bharatmala and Sagar Mala projects as also the UDAN scheme have been proposed to facilitate programmes across various key infrastructure sub-sectors.

A close look at the Ministry of Housing and Urban Affairs’ budgetary provisions and allocations under different schemes indicates moderate change from last year’s budget. In comparison to the revised allocation of Rs 42,965 crore in 2018-19, Budget 2019 proposed Rs 48,000 crore for urban development. The Government’s flagship programme, the Smart Cities mission, has been granted Rs 6,450 crore as against Rs 6,169 crore in 2018-19. The Pradhan Mantri Awas Yojana (Urban) (PMAY-U), an ambitious scheme of the Modi Government, has been given Rs 6,853.26 crore as against Rs 6,505 crore in 2018-19.

Further, over 81 lakh houses with an investment of about Rs 4.83 lakh crore have been sanctioned under the PMAY-U. Allocation to another flagship programme, the Swachh Bharat Mission, has been increased to Rs 2,650 crore from Rs 2,500 crore in 2018-19. Allocation for the Atal Mission for Rejuvenation and Urban Transformation (AMRUT) scheme, aimed at improving urban infrastructure in small and medium cities, has been pegged at Rs 7,300 crore against last year’s allocation of Rs 6,400 crore. Metro projects across the country are going to experience an increase of nearly 25 per cent in the allocation.

Investments are expected to come through budgetary support, non-budgetary sources like the Affordable Housing Fund and through raising private resources. An increase in special excise duty as well as road and infrastructure cess on petrol and diesel has been proposed as the direct budgetary support. However, less than seven per cent growth in direct budgetary support for the financial year 2019-20 is clearly inadequate to provide the required boost to the infrastructure sector. On a positive note, Budget 2019 has unveiled its plan to rely on off-budget sources and public-private partnership (PPP) for financing infrastructural development.

Under-utilisation of available tax instruments, lack of capacity and the absence of sound planning practices have put a majority of the cities under tremendous fiscal distress. Private sector response continues to be lukewarm in most cities, primarily due to their inability to levy user charges reflecting the cost of service delivery. So, rarely are the municipal projects perceived as commercially viable for which funds can be arranged through PPPs.

Moreover, the relatively smaller size of most urban infrastructure projects considerably reduces the scope of private sector participation. Large scale PPPs have by and large been limited to projects involving the construction of urban commercial infrastructure with the Government contribution primarily in the form of land. But improper documentation of land holding and institutional fragmentation, characterising land use planning, create serious problems in cities.

Moreover, in recent times, projects that involve the large-scale land acquisition or monetisation of land are subjected to socio-political resistances. Lack of enabling PPP legislation, multiplicity of agencies and the lack of ability to select and structure a PPP project further complicate the entire process of project plan and implementation. In addition to the poor state of municipal finances and the lack of transparency in financial management, the absence of any specific statutes for contemplation of the insolvency of the cities, over-collateralisation and absence of secondary markets for municipal bonds restrict the cities’ capacity to raise resources from capital markets to finance urban infrastructure.

Further, the Budget also has many provisions that have direct implications for tackling some of the problems constraining the financing of urban infrastructure. The Finance Minister announced the formation of an expert committee to recommend a structure and flow of funds through the development of financial institutions to address the challenges of infrastructure financing.

Utilisation of Government and public sector enterprise’s land for infrastructure and affordable housing projects will also be explored. Among the measures taken to enhance the sources of capital for infrastructure financing, the setting up of a ‘Credit Guarantee Enhancement Corporation’ in 2019-20 would provide the much-needed additional source of assurance or guarantee regarding the servicing of loan by the borrower. It can also be helpful for borrowers to raise loans at reduced interest rates.

Specific proposals in the form of corporate bond repos and credit default swaps among others have also been put in place to deepen the market for long-term bonds with a focus on infrastructure. The proposal of transfer/sale of investments by foreign institutional investors and foreign portfolio investments in debt securities issued by Infrastructure Debt Fund-NBFCs to any domestic investor within the specified lock-in period is also expected to provide liquidity to the financial system.

Moreover, the proposal to work with the Reserve Bank of India (RBI) and SEBI to enable stock exchanges to allow AA rated bonds as collaterals and reviewing the user-friendliness of trading platforms for corporate bonds will deepen bond markets and can also help boost investment in the infrastructure sector.

In essence, despite the fiscal hurdles and limited available policy alternatives, the Finance Minister has made an attempt to put up a vision plan by duly emphasising the importance of infrastructure and involving private sector in this area in a bigger way for a long-term vision. However, deficiencies in urban governance and management in India reflect structural and institutional problems.

Unless the Modi Government’s vision plan is backed by appropriate regulatory and institutional reforms, India will not be able to exploit the potential of urbanisation to produce sustainable and inclusive growth towards fulfilling the vision of a ‘New India’ and Sustainable Development Goals 2030.

First published in The Pioneer, Financing Urban Projects on July 20, 2019.