Home Insights Getting Old Before Getting Rich: Are we as a Society and a...
Facebook
Twitter
WhatsApp
Linkedin
Email
Print 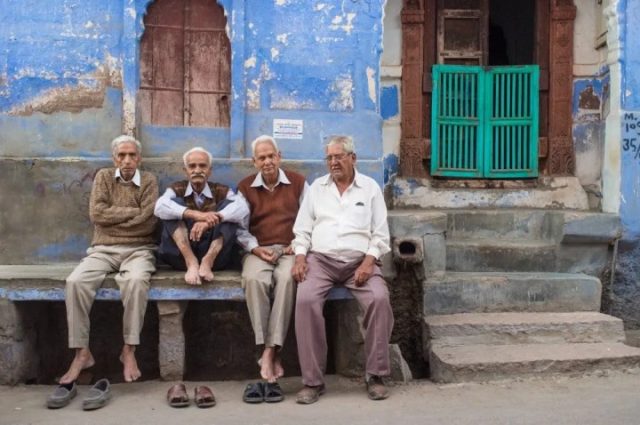 As part of its series, The State of Population and Development –#Population And Development, #IMPRI Center for Human Dignity and Development (CHDD), IMPRI Impact and Policy Research Institute, New Delhi, Organized the IMPRI #WebPolicyTalk with a Panel Discussion on Getting Old Before Getting Rich: Are we as a society and a country ready for a fast ageing India?
The moderator for the event was Mr Devender Singh, Global Studies Programme, University of Freiburg, Germany; Visiting Senior Fellow, IMPRI; Former National Program Officer (Population & Development), UNFPA India (2015- 2021).

The Trend of Ageing in India and Why Is It Our Concern?

Devender Singh initiated the discussion by focusing on statistical data and predictive patterns on the elderly population in India. The data reveals that ageing is going to increase significantly in India in the coming decades, and we should be concerned about its likely implications. Giving a comparative account, he shows us that it took 110 years for France to double its elderly population (from 7% to 14%), while in India the proportion of the elderly population is likely to be 20% by 2050, which is an increase from 8.6% as reported in the 2011 Census.

He also focused on diversity within the exponential growth in the elderly population in India, where states like Tamil Nadu and Kerala are likely to have more elderly population, and Bihar and Uttar Pradesh the least. Along with this, the question of their needs and issues also arises. Statistics reveal that 52% of the elderly population are fully dependent on others for their survival, and most of them are without any social and health security benefits. Many are forced to work because of their economic conditions, with 90% of them working in the informal sector. Many questions are to be answered after seeing this data, especially, what policy measures should be in place to tackle the question of ageing?

Prof. T.V. Sekhar, Professor and Head, Department of Family and Generations, and Head, Centre for Ageing Studies, International Institute for Population Sciences (IIPS), Mumbai, began by emphasising the policy level challenges we face while dealing with the question of 20% elderly population in the near future. He brought to our attention the lack of sufficient data, which might be broad enough to represent the picture at the national level holistically. Longitudinal Aging Study in India (LASI) is one such initiative to get a broader data set, which can help us understand the issue of ageing in India more holistically.

The survey data of LASI reveals quite interesting trends, it shows that 90% of the elderly are living with their families (irrespective of urban/ rural divide), 35.7% of the elderly are still working; they are forced to work but are not happy about it (more rural elderly population working than urban), 15% of the elderly received some financial help from family members or friends, and 6% elderly provided some financial help to others in the past one year (indicating that they are not always a burden on others, as it is largely assumed), utilization ratio of the schemes is higher in the rural elderly population compared to the urban setting.

We also have a dual problem of undernutrition and overnutrition, with around 27% of the elderly suffering from undernutrition and another 22% suffering from overnutrition. The survey also took into account the mental health factor, which is often neglected by pure biological studies. It was also found out that less than a fifth of the elderly have health insurance. Dr Sekhar ended his talk by saying that mental health data is still very limited and it is an ignored field, which policy-makers should take into account, especially, given the fact that those 5% of the elderly who live alone are seeking change and aren’t happy with their present state.

Prof. Mala Kapur Shankardass, Sociologist, Gerontologist, Health Social Scientist, International Consultant; Retired Associate Professor, University of Delhi; Asia Representative, International Network for Prevention of Elder Abuse (INPEA), looked at the issue of ageing via the lenses of sociology, gender, and gerontology. Prof. Mala gave the background in which ageing is occurring in India, showing that, more elderly people are living in rural areas, increased women participation in work, nuclearization of families, urbanization and technologization. She also urges us to take into account the socio-economic circumstances, and making adequate policies accordingly.

Prof. also threw light on the gender-related aspects of ageing, including the rise of elderly women population. But aged women, especially widows, are more vulnerable to abuse in the family and also face stigma from the society at large. There are also certain successes, like, growing participation of the aged in policy making (women still being an exception here), the creation of associations working on the rights of the aged, and the like.

Over the years, government, community, and academia, have developed social programs/services (again, without much women participation), there is an increase in the number of caretakers, as well as the participation of Indian government in understanding global ageing and adult age issues, understanding health patterns, and participating in global programs with organizations like WHO, UN, etc. The discussion also focused on Mental Health Treatment Plan (MHTP) and highlighted the issues of economic security and health needs, as well as the need to look at gender perspectives.

We need better provision in India in terms of long term care, home care, and the need to study the issue of elder abuse in detail. Presently, we are only doing limited care without going deep into the issue. WHO data shows a rise in non-communicable diseases, and there is a need to promote physical and mental health from life first perspective. It is important to look at mental health as seriously as any, and mental health policy should be gender and age inclusive.

There is a need for community care, but along with that, the government should also formulate proper policy measures, including institutions that impart training to geriatric people in semi-skills, social institutions, promotion of long and healthy life, social security measures like, pensions, opportunities for re-employment, better job protection norms, skill development and other opportunities.

Dr Anagha Tendulkar, Head & Associate Professor, Department of Sociology, Sophia College, Mumbai, gave an academic perspective on the issue of ageing and showed how the academia has done a pretty bad job of dealing with the issue of ageing. Dr Tendulkar identified three areas to focus on while studying the topic of ageing, namely, (i) Sociology of Ageing – under this, the main task is to marry young people with the problem of ageing. (ii) Issues of Inequalities – creating awareness among middle-aged population and questioning how we view ageing (iii) Commentary on the Trajectory of Indian Senior Citizens – what are senior citizens doing now?

The term “gerontology” was given by a biologist and therefore has a biological connotation attached to it, without taking social into account. In the 1950s we saw the emergence of social gerontologists, but they were still deeply embedded in pure biology, not talking much about social or mental aspects of the person.

Another problem is that of theoretical construct, whereby macro level theory has a tendency to generalize things without looking properly at the distinctions. When we discuss about inequalities, it is important to note the differences as well, including social class, life expectancy, etc. Generally, the workings of old age homes and care centres is not properly documented. Dr Tendulkar concluded by rephrasing the slogan from “Getting Old Before Getting Rich” to “Getting Old But for Finding Oneself”. It was pointed out that society needs to find itself, where does it stand? We have to take in bright spots, all is not so bleak.

Mathew Cherian, Board Chairperson, CARE India, describes the present situation as tragic, categorically. Dr Cherian emphasises that the population should be divided into social categories, to understand them in the context. Speaking regarding the present pension system in the country, it is one of the worst, even in South Asia. Even after the 14th finance commission recommended hiking the pension amount, it still remains the same as it was in 2007, i.e., 200rs per month. Although, some states are offering higher amount, like 2000rs, including the states of Tamil Nadu, Goa and Delhi, but this is also insufficient.

If we take into account inflation the rise during these years, the actual amount would be around 80rs/month. Around 50 million people are below poverty line, many elderlies are denied any work to earn their living, even NREGA has failed them at large, by denying them jobs on the ground. Even after the court observed that the pension amount should be increased, the government has done nothing.

Articles 14 and 21 of the constitution seem meaningless to these people. Even after having National Health Scheme, it is not implemented in more than 200 districts. Under the scheme, 10 beds are reserved for the elderly in the district, and 1 old age home per district is mandated. A survey also revealed the fact that 1 in 3 elderly people has experienced abuse (both in urban and rural areas). China has doubled its economy and is therefore able to look after its elderly population with due care, but the Indian economy in spite of its mighty claims to reach 5 trillion dollars, has not been able to grow more than 2.7 trillion dollars.

The concern here is that India is neither growing rich, but at the same time, growing old and poor. Dr Cherian pointed out another worrying phenomenon taking place in the country, the constant fudging of data by the ministries is making it difficult for the researchers to track the flow of the funds, and to check whether they have reached the intended beneficiaries or not. He highlights that the opaqueness of the system, lack of transparency in the budgets, and other difficulties, have inverted the motto of UN, which says that “leave no one behind”.

Dr Venkatesh Srinivasan, Public Health and Development Professional; Previously with the United Nations Population Fund (UNFPA), claimed that the pension system is unlikely to change quickly. The informal sector, which employs a large number of elderly people, does not provide for social security, since they themselves are not capable of providing such care to the elderly.

He suggests that we can make larger enterprises by combining smaller ones, which might be able to look after some of the interests of the elderly, he gave the example of SEWA, based in Ahmedabad, which gives insurance and other benefits to its employees. Health practices and industrial solutions may be helpful in that direction, but given the state of the economy, one is not very optimistic about the future.

Finally, Devender Singh concluded the discussion by thanking the panellists for giving their valuable inputs on the topic and showing various loopholes and possibilities where the policy related work can be undertaken. Each of the panellists was given a brief time before the formal conclusion.

Various suggestions were provided to the issues raised, including, the need to create better schemes, reducing the disparity in the allocations of funds between young and the old, need for development oriented approach rather than welfare oriented one, societal level changes, need for proper mechanism to track the implementation of the schemes once they are formally launched, to hear the voices of the silenced, taking elderly people as stakeholders at the level of policy formulation, using pressure groups like associations of the aged people to get their justified rights asserted, and also the political will to carry out such measures.