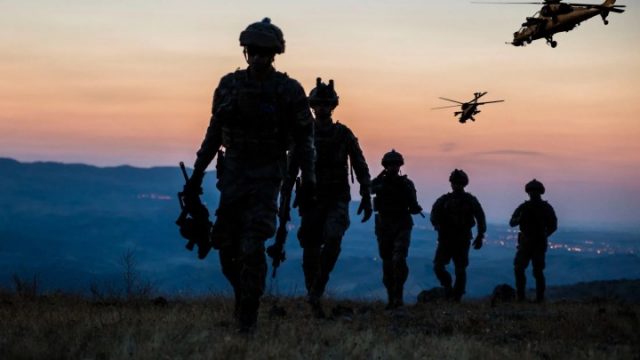 National security is indispensable for a country’s survival and growth. Although security has been a complex issue in human history, its complexity increases in the contemporary period because of technological developments, climate change and various other factors. The complexity of security has led to constant thinking and rethinking about the idea of security, its processes, and dynamics. Given the multiplicity of security challenges that India faces, it is important to investigate the nature and scope of these challenges. As part of its series, The State of International Affairs- #Diplomacy Dialogue, #IMPRI Centre for International Relations and Strategic Studies (CIRSS), IMPRI Impact and Policy Research Institute, New Delhi, organized the IMPRI #WebPolicyTalk with Dr Arvind Gupta, on Emerging Dimensions of India’s National Security on July 13, 2022.

The moderator for the event, Dr Simi Mehta, CEO and Editorial Director at IMPRI, New Delhi began the discussion by mentioning the basics of India’s national security which are defence of national territory, overland, sea and air, and the inviolability of land borders, land territories, offshore assets, maritime trade routes etc. She also discussed why it is crucial to have a bird’s eye view of the Indian national security in the 21st century, which itself began with numerous challenges. It is important to discuss the emerging concerns, sources of threat, and the major fault lines in order to fortify our national security. The discussants for the event were Mr Rahul Roy-Chaudhury and Dr Sitakanta Mishra.

Dr Arvind Gupta, the Director of the Vivekananda International Foundation, New Delhi took over the discussion. He was the Deputy National Security Advisor, and Secretary, National Security Council, Government of India from 2014 to 2017. Earlier, he was the Director General of IDSA, Ministry of Defence, New Delhi from 2012 to 2014 and was also an Indian diplomat. He also served in the Ministry of External Affairs and Indian missions abroad. He speaks regularly at Indian universities, military, paramilitary, police and diplomatic academies on foreign policy and national security issues. He has also guided research students at premier educational institutions. He is also a board member at the JNU and has honorary academic positions at Punjab University and Andhra University. He is a prolific writer and wrote many books including ‘Opportunity for India in the changing world’.

Briefly commenting on the national security challenges in the 21st century, Dr Gupta opined that owing to various developments, these challenges have become graver in nature than they were before. The present century began with terror attacks, global financial crisis etc., which completely changed the environment. In between, a series of other events like Arab Spring, Chinese annexation of the South China Sea Island and COVID-19, led to many security implications. This led to the conjecture of mainstreaming the non-traditional security threats unto traditional ones over the last 20 years. He then took up the three major issues of current times- COVID-19 pandemic, climate change and the ongoing Russia-Ukraine crisis, which have opened up new urgencies in India’s national security.

Over the next few years, a new order will emerge and our security challenges will acquire new dimensions and greater complexity. He then talked about the China-Pakistan nexus, the return of the Taliban in Afghanistan will embolden terrorism and radicalization. India-China relationship is also affected by other factors like India’s growing closeness to the West, for instance, through several security dialogues with the US, France, UK, Australia, Japan etc. Dr Gupta also elaborated on several other security concerns that our country faces with their serious manifolding in contemporary times such as cross-border terrorism, radicalization, drug and human trafficking. Other issues like maritime and coastal security concerns along with increased migration should also be delved into.

He then went on to talk about another set of challenges that emerge from the digital era and technologies like misinformation on social media, data theft and hacking etc. Owing to humans meddling with the environment, floods, landslides, avalanches and other natural disasters also pose a serious threat to national security. And when COVID-19 happened, the world faced problems on three fronts- health security, economic crisis and national security. Even non-traditional security issues are now becoming mainstream for India, like the impact of the Russia-Ukraine war. Till last year, India paid $120 billion on imported crude oil. But in lieu of the ongoing crisis, the cost could be escalated to $180-$200 billion, owing to the rising crude oil prices and the sanctions imposed by the West. The crisis has pushed 80-90 million people into poverty and 2/3 of the Least developed Countries are facing vulnerability. This has also led to the increased cost of fertilizers, which has impacted our agricultural production.

He then highlighted another fascinating aspect of the transformation of the Indo-Pacific itself, which he attributed to China’s increased assertiveness. India’s deepening security engagement with AUKUS, QUAD and Australia’s military exercise in Malabar denotes India’s indigenous responses to the changing security environment. He also opined that India has come to the realization that it needs to diversify its defence procurements, in lieu of the Russian war. He then commented that India is making progress on this path through its Make in India program, increased export, greater participation of the private sector in defence as well as space sector and other reforms, which have proven powerful and effective for India. He, then, lastly stated that greater cooperation with other nations is desirable, however, India will need to fight its own battles. After giving his concluding remarks, he then left his discussion open to all and any questions.

Congratulating Dr Gupta for his insightful presentation, Mr Rahul Roy-Choudhary, who is a Senior Fellow, South Asia, International Institute for Strategic Studies (IISS), London; Associate Fellow, Centre for Contemporary South Asia Studies, Oxford University, London, began his presentation by making three comments. First, he emphasized the fact that, on issues pertaining to India, it is important not only to look at the contemporary issues but what will India face in the next 10 to 12 years. He commented by stating that India will have a much larger role and profile on the world stage in the coming years, owing to its size of economy, population and democratic values. He mentioned that India’s domestic political stability, accounting for one-sixth of the world’s population, essentially contributes to global stability.

Second, he pointed to the fact that it is important for us to recognize that, in the coming 8 years, China will have overtaken the United States as the world’s largest economy, a consequence of which would be China’s increased spending on defence equipment and its greater presence, influence and impact in the region. Third, in addition to the new and emerging threats, it is highly relevant for us to look at the traditional sources of threat as well. He then concluded his remarks by posing three questions to Dr Gupta, which were eloquently answered thereof. Answering the first question pertaining to QUAD and its relevance in Indian Foreign and Security Policy, Dr, Gupta stated that we are not mentally and psychologically prepared for any alliance discipline.

If the QUAD were to deliver on 4 or five important points such as a vaccine, cyber and space security, information sharing etc, we can pose a greater threat to China. Answering the second question with respect to the Russia-India relationship, he commented that even though we do not condone Russia’s position in the crisis, there are still possibilities in our relationship. The third question pertained to the prosperity and security agenda for India, to which he replied by stating that India should focus more on economics and geo-economics.

India’s Assertiveness and its Neighbourhood

Amplifying some other aspects and taking a conceptual stance, Mishra began his discussion. He is an Associate Professor, International Relations, School of Liberal Studies, Pandit Deendayal Energy University, Gujarat. According to him, the foremost challenge to India in the forthcoming decades would be coming from the profile itself as India’s profile will rise and become complex over time. He then commended India’s role during the pandemic as the “crisis time leader.” This is the starting point where India can assert itself more strongly and showcase its larger profile and role in the world, however, it comes with its own restraints.

He then continued with the discussion by commenting on India’s turbulent neighbourhood. He stated that the China-Pakistan nexus will be a formidable challenge for India, but India has always been like this, with it, being the centre, more stable than its periphery. He then also stated that instability within Pakistan might also pose a serious problem to India as it is a slippery slope and India will have no control over it. Commenting on the India-China relationship, he mentioned that China understands India way better than India understands China. China has had a significant role to play in India’s domestic politics.

After the fruitful discussion, Dr Gupta answered the questions posed by the participants. Replying to the question posed by the moderator, Dr, Simi Mehta on security first vision and offensive defence approach of India, which seem to have altered the strategic calculus of India’s opponents and are utilizing our military force along with the diplomatic and economic pressures. He answered by stating that surgical strikes, evacuation of Indian nations from foreign nations, and tackling of non-traditional security issues, definitely require an increase in the resource base. He opined that if we take care of economics and geo-economics, our security issues will be well taken care of because ultimately everything depends on resources.

Acknowledgement: Aayushi Gupta is a research intern at IMPRI.