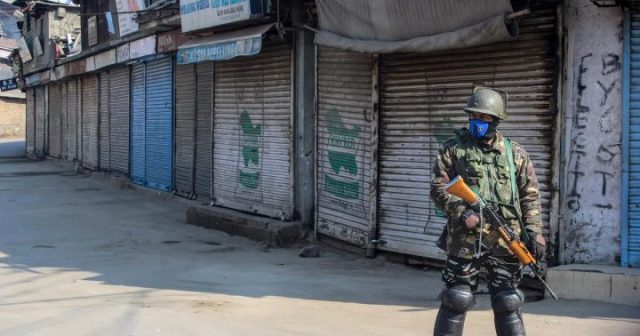 Highlighting the importance of community, healing, and educational and respectful discourses, the #IMPRI Center for Human Dignity and Development (CHDD), IMPRI Impact and Policy Research Institute, New Delhi, hosted a Book Discussion on ‘Educational Strategies for Youth Empowerment in Conflict Zones‘ on Dec 6, 2021. The author of the book and speaker of the session was Dr Nyla Ali Khan, Professor, Oklahoma City Community College, University of Oklahoma, USA. Her articles that have appeared in academic journals, newspapers and magazines all over the globe focus heavily on the political issues and strife of her homeland, Jammu and Kashmir, India.

Dr Nyla Ali Khan started the discussion with a personal story of her father’s demise and how that shaped the life she led subsequently. She spoke about how every calamity and every conflict reminds us about the fragility of life. In the same vein, she also exclaimed that life has meaning, not despite the fragility but because of it. She outlined what her father’s passing has taught her and talked about how in his words, home is the safe haven it provides to whoever resides in it.

Despite being mangled by several forces today, Kashmir is still an evocative of heaven for Dr Khan. In her words, the story of the people of Jammu and Kashmir is that of resilience and not of defeat. She is also hopeful that the young people of J&K are given opportunities to engage with history from a perspective that empowers them, and that they are imbued with self-esteem.

She then proceeded to highlight the effort and genuine determination of her students who, despite facing innumerable challenges with transitioning to a completely-online mode of classes, have shown unrestrained perseverance and newfound confidence. It is through this commitment that she, along with her students, was able to create an environment where they could examine their locations of privilege and seek emotional empowerment to understand the culture of silence that has been generated about systemic discrimination.

She further established her belief that understanding trauma in others’ narratives is only possible through the right kind of education. It is this belief, she states, that motivated her to present Educational Strategies for the “transformation, not transmission” of trauma in conflict zones.

The Role of the Community

She furthered the discussion by stating that the process of democratization is an evolutionary one and does not provide instant solutions. Highlighting the importance of stabilizing the individual identities of trauma survivors, she also admits that their healing is not given due importance in the revolutionary movements. In her opinion, communities and nations cannot be rebuilt unless active work is done to rehabilitate the victims.

It becomes important, then, to build trust within and between communities, engage and encourage young adults to celebrate heterogeneity in which they embrace authenticity, and forge social cohesion, and lastly, to train them to participate in decision-making processes. It also becomes necessary to increase awareness and encourage discussions on individual responsibility.

To that end, her book Educational Strategies for Youth Empowerment in Conflict Zones takes multidisciplinary approaches to major human rights issues and is a dynamic interplay between activists and academics. She also acknowledged the importance of engaging with people in local communities in the wake of humanitarian disasters and incorporating communitarian coping strategies into educational methodologies that seek to empower them. For the purpose of the book, she also engaged with social justice activists, academics, and clinicians all over the world who in their work have interrogated hegemonic definitions of trauma and healing and have developed coping strategies for the same.

Taking the discussion forward, she recommended a trauma-informed approach to justice which would seek to repair the harm rather than just punish the wrongdoer. Therefore, she opined that disparaging the importance of repairing the socio-cultural fabric of traumatized communities would be highly irresponsible. She also recognized that there is no politics without negotiation and the ultimate negotiating authority is the citizenry. To this effect, she then highlighted the importance of differences in opinions.

In her opinion, education stretches the mind with new ideas and makes it possible to question structural inequities and demand remedy. She elaborated this thought with an experiment that is already underway according to Paula Green, who in 1997, founded a program for students from zones of conflict around the world. She points out that Conflict Transformation across Cultures provides an intensive residential educational experience for approximately 60 participants in 3 weeks at the School for International Training in Vermont. The program was augmented by a similar 2-week program in Kathmandu specifically for South Asian participants who often cannot obtain a visa for the US.

In these programs, participants live together and spend time building relationships that would otherwise never exist. Many participants meet the identified “other” of their nation’s conflict, which allows, for example, Indians and Pakistanis, Israelis and Palestinians, and others divided by history and geography to humanize those they have been taught to hate and fear.

The transformation that arises creates a kind of freedom where the silence of their suffering is broken while exploring their demands for peace and justice. Having drawn inspiration and strength from one another, these participants return to their war-weary countries as “advocates of grounded experiential pedagogy.” With this experiment and several others, Dr Khan then produced a well-informed conclusion that educators play an indispensable role in creating opportunities for meaningful communication.

Having taught veterans- students who had earlier been deployed to war zones like Afghanistan, Iraq, and Syria and had suffered from PTSD because of the violence- she outlined the importance of learning about the logical method of argumentation which makes it necessary to listen to opposing points of view. This also helped the students in learning that resolving a problem involved negotiating with opposing sides to avoid alienating them which was successfully accomplished only through respectful discourse.

Dr Khan then concluded her discussion by saying that real leaders do not want their people to wallow in grief for eternity. She then reiterated the words of Father Michael Lapsley that national identity cannot be built on unquenchable hate for opposing forces. She argues that even if colonialism and neo-colonialism come to an end, the victims of these phenomena will not be able to lead free, fulfilling and whole lives unless trauma is incorporated into learning at a cerebral level.

Mr Sadam Hanjabam then took the discussion forward by giving his insights on the book and the talk. He started by giving a brief introduction of Manipur, where he is from. He pointed out that Manipur shares its international borders with Myanmar too. Along with Manipur, all its neighbouring states, that is, the northeastern states, being surrounded by countries like Bangladesh, China, Bhutan, etc. have faced intergenerational trauma throughout the years since Independence. He highlighted the prevalence of racism in the Northeastern states, both within and outside the neighbourhood. He also talked about the transmission of trauma from generation to generation which has become a constant in the lives of the people who live there today.

The lack of infrastructure and access to facilities for education in these states, claiming that one of the only alternatives for the youth, then, is to migrate to other states. However, this too is often hampered by the racism these communities have to face. To this effect, he resonated with what Dr Khan mentioned about the importance of differences in opinions. Therefore, he agreed with her in that storytelling is in fact one of the most impactful tools to connect people and transform the trauma and not transmit it.

Dr Leena Wadia then briefly provided the panel with her insights on the book and the discussion. Having been involved in writing the draft National Education Policy of 2019 that came into effect in 2020, Dr Wadia mentioned that many sources of disadvantage were discussed at the time of framing the draft, but none were related to conflict-led trauma. In fact, the only thing mentioned about trauma was the fact that it would have to be dealt with locally and that states would have to look into it by investing in training teachers.

Subsequently, Mr Patrick B. McGuigan also gave his insights on the book by saying that Dr Nyla’s work reminded him not only of Viktor Frankl but also of one of the great historians and a great novelist of the last century, Alexander Solzhenitsyn, who wrote about the horrors of the Gulag. He pointed towards the blending of the person with a higher level in Dr Khan’s writing and compared it with that of Solzhenitsyn, in whose words, ‘the meaning of existence is to preserve untarnished, undisturbed and undistorted the image of eternity which each person is born with – as far as possible.

Dr Khan then concluded the session by stating that she continues to reinforce her faith as an educator in the openness to diverse opinions, to dissent, and to differences of opinions. She claimed that while collaborating with academicians and clinicians from the field, she noticed that they all built common ground by sharing the fundamental principles of humanity, compassion and empathy. She also emphasizes the fact that India was never a monolithic nation. She opined that restoration of plurality and celebration of homogeneity is the need of the hour in the education system of India today.

Acknowledgement: Palak Bothra is a Research Intern at IMPRI