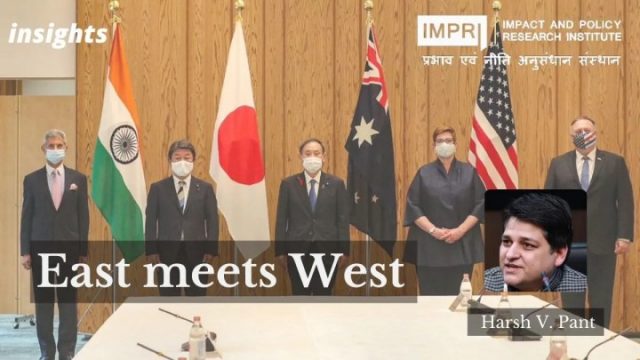 As Russia’s war with Ukraine drags on, India’s engagement with the West has accelerated. Interestingly, instead of the pressure that many had feared would be put on India to toe the Western line on Ukraine, there seems to be a growing understanding of India’s choices vis-à-vis Russia and the reasons behind them. In fact, ties between Europe and India have continued to grow despite the Ukraine war, with the leaderships on both sides focused on a range of issues.

The European Commission president, Ursula von der Leyen, was in India recently and she explicitly decided to focus on climate change and biodiversity loss, energy and digital transition, connectivity, security, and defence and cooperation in the Indo-Pacific. Her visit came after the landmark India- EU leaders’ summit in May last year that pushed the two sides to resume trade talks and witnessed the launch of the ambitious India-EU connectivity partnership. While the crisis in Ukraine was part of the discussion, it did not overshadow der Leyen’s visit.

The British prime minister, Boris Johnson, too was in India and his approach was similar — emphasizing the complementarities between India and the United Kingdom and downplaying the differences over Russia. The fact that Johnson had decided to visit India when many have been highlighting New Delhi’s divergent position on Ukraine from that of the West underscored his commitment to view the bilateral relationship through a strategic lens.

India is not defensive about its position either. New Delhi is engaging with its Western partners on the Russia question with a clarity that is as refreshing as it is necessary under the circumstances. After hosting these Western leaders, Prime Minister Narendra Modi will be undertaking a tour of three European nations — Germany, Denmark and France — in early May to boost the India-European partnership. The external affairs minister, S. Jaishankar, and the defence minister, Rajnath Singh, have already been to the United States of America for the 2+2 dialogue, bolstering the India-US bilateral agenda and, at the same time, pushing back against the idea that India is on the wrong side of history.

This clarity in India’s external outreach is a function of New Delhi’s pursuit of its national interests with a clear-eyed perspective. If the West has to engage India, it has to become a partner in providing solutions to India’s long-term challenges. In response to the suggestion by the US secretary of state, Antony Blinken, to India to not buy additional Russian oil, Jaishankar’s retort that India’s total energy purchase for the month would be less than what Europe buys in an afternoon exemplified a new-found confidence that New Delhi’s choices would be driven by its strategic imperatives.

One of the most significant objectives of Indian foreign policy in the last few years has been to build longterm, sustainable ties with the West. New Delhi has spent some serious diplomatic capital in pursuit of that goal and the results are evident. Of course, the West had to come to terms with India’s changing aspirations and evolving geopolitical realities in the Indo-Pacific.

With an intent on enhancing its strategic engagement with the critical Indo-Pacific geography, the EU’s Indo-Pacific strategy is aimed at building partnerships with like-minded nations in an endeavour to project itself as a serious global actor. Its Global Gateway initiative is also an attempt to offer infrastructure partnerships to regional players as a more credible alternative to China’s Belt and Road Initiative. In this matrix, an India-EU partnership is certainly vital for the EU, given that it remains India’s third-largest trade partner. Today, there is healthy competition between the UK and the EU when it comes to India. For India, these are key partnerships that it is trying to cultivate for furthering its vital interests.

It should not be surprising if the Ukraine crisis, instead of undermining India’s engagement with the West, ends up consolidating it further. And in that lies the real achievement of Indian diplomacy in recent times.

This article was first published in The Telegraph as East meets West on 26 April 2022.