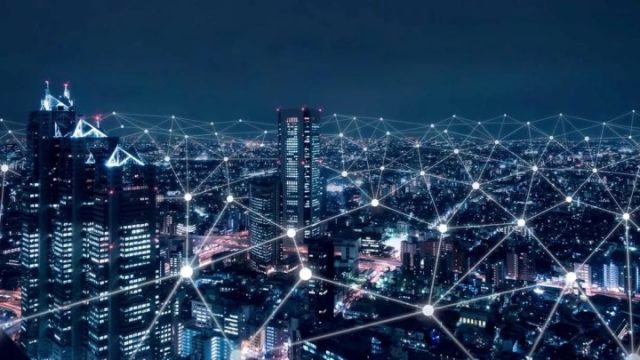 As part of its series, The State of Cities – #CityConversations, #IMPRI Center for Habitat, Urban and Regional Studies (CHURS), IMPRI Impact and Policy Research Institute, New Delhi, organized a panel discussion under IMPRI #WebPolicyTalk on the Regional Futures and the Dynamics of Digitisation-as-Urbanisation on March 2, 2022.

The panel discussion was started by the moderator, Dr Soumyadip Chattopadhyay, Associate Professor at Visva-Bharati, Santiniketan and a Visiting Senior Fellow, IMPRI, New Delhi, who started the discussion by pointing to the problems behind the dynamics of digitisation, digital illiteracy and the social inequalities in the digital sector.

The floor was then given to Prof. Ayona Datta who is a Professor of Human Geography at the University College London, England. Her broad research interests are in postcolonial urbanism, smart cities, gender citizenship and regional futures.  Her research is set in the ethos of co-production with grassroots communities using digital/mapping, visual and participatory research methods to develop and build gendered capacity in the digital and urban margins. Prof. Ayona started the discussion by defining digitisation according to the recent definitions given by Vironen and Kah, as the ‘transformation of the sectors of our economy, government and society based on the large-scale adoption of existing and emerging digital technologies.’

Ms Ayona explained the emergence of the logic of digitisation and urbanisation are very connected with each other. She highlights three different aspects, first is the rescaling of the state within the automated governance and planning systems. Governance of information infrastructure has been a challenge for regional futures since there is a transformation from wholly paper-based to hybrid paper and digital information systems. The last point she highlights is governance of the digital territorial peripheries that lead to many hybrids sub-alternative policies around digitization, territorialization, land appropriation, eviction and many others. With respect to India’s digitisation initiatives that began 2 decades back with the introduction of two recent national programs, Digital India and connecting 100 smart cities in 2014 has given new directives to geo-spatialization of metropolitan cities.

Ms Ayona also shared the work that her team and herself has been working on- a project including tier-two cities by interviewing a wide range of stakeholders in the digitisation and urbanisation of these cities. The reason behind choosing smaller cities for research is because they have lesser resources and capabilities, they are part of conjunction with smart city projects through the automation of governance and planning. The work has used interviews, GIS mapping, software called Map my Assets, Community Asset Mapping, and had also conducted several stakeholder workshops. The cities in her study have a good regional plan for urbanising the peripheral regions either through industrial development, greenfield development or mega infrastructural projects. Ms Ayona points out Bhiwandi as a prominent example from her study that has a very good parliament sector, strong agricultural sector and is also an e-commerce hub in India for Amazon and Flipkart. The most recent initiative of e-governance is the governance of information infrastructures which are hybrid infrastructure systems. Susan Lay star’s well-established work in infrastructure information systems describes it as ‘materialistic artefacts constructed by people’ and as ‘trace or record of activities’.

The abstract reality of information systems can be changed by new technologies, which helps provide the distinction between the inherent logic or contradictions in the digital age of information. Ms Ayona also explains the transition from paper infrastructure to digital and how paper provides a sense of authority and control to the municipalities and civil societies who hold them, especially in the slums where such papers claim particular kinds of land and property for the residents. While transferring such data onto digital platforms the materiality of paper information can lose or even gain value through the process. The materiality of paper can be destroyed but its verifiability is key in digital information, especially in the information scarce regions. Several challenges that have been posted in the digitisation of records has been due to the mutilation and missing documents, multiple claims to the same property, a mismatch between the data on paper records and geospatial maps, and poor digital capacity to infer these data by municipals. She quotes an example of Bhiwandi from her study that has not been taken into the consideration for policies and programmes and even in the recent 100 smart cities initiative. In 2015 it was found that there has been a manipulation of land records for the city and the municipalities had to switch to paper records until the newly appointed municipality of 2020 decided to embark Bhiwandi into the complete digitization process and named it the ‘first Bhiwandi strategic master plan of 2036’.

Prof. Ayona then brought in the discussion of digital and territorial margins explaining the strong correlation between the margins. The key mechanism as she points out is to automate urbanisation in the peripheries through land appropriations, rezoning and re-categorisation. Digitisation seeks to manage spatial information in order to identify territories that are suitable for growth and expansion. Digitising state territories refers to the terrain municipalities and governance laying out boundaries for urbanisation and metropolitan expansion through digital portals like the GIS maps. She finds the command-and-control centres used by the states to see the functioning of the cities through the ubiquitous screen as a wonderful initiative under digital infrastructure as it helps to govern and control the functioning of the city efficiently.

Selen and Harper, as she quoted their work that was done a decade ago, found it unlikely that digitisation will replace paper, rather the state is engaged in smoothening the tensions between asynchronous information infrastructures one being the files, memos and permits and on the other side is the digital that is the wi-fi, passwords, secure networks, cloud storage etc.. She concludes with the paradox of digitisation that fully aims to govern the territory knowing that it will always have a selective and contested relationship with paper.

Other panellists also shared their perspectives on the topic of regional futures and the dynamics of digitisation. Prof. Tathagupta Chatterjee, Professor of Urban Management and Governance at Xavier Institute of Management, Bhubaneswar, spoke about the increase in the digitisation agenda since 2014 and how it became a part of nation-building. He mentioned policies like the Atal Mission for Rejuvenation and Urban Transformation (AMRUT), Geographic Information System (GIS) maps, Smart Cities Mission that has given a push to the agenda of digital transformation in cities. He finds that transformation to e-governance has seen people be more of customers than citizens or direct participants in the infrastructure.

Ms Ashwesha Aditi, Research Assistant for the ‘Learning from Small Cities’ Project, University College London, United Kingdom, believes that with the growing urbanisation, cities just being digitised won’t declare it to be digitised. She also pointed out how the pandemic shifted from an analogue form to a digital form seamlessly because of the digital infrastructure. Responsible and robust planning is required to be updated and refined with time. Ms Aditi also gives an example of Varanasi from her past study wherewith the onset of the pandemic they had started to map their infrastructure and cases which included the deceased and affected on the GIS platform. This gave transparency in the data to the common people and made the understanding of issues among smaller cities easier.

Dr Surajit Chakravrarty, Associate Professor at the School of Public Policy, Indian Institute of Technology (IIT), Delhi, adds some pertinent and thought-provoking questions to the panel for the discussion.

On the other hand, Mr Samheer Unhale, Joint Commissioner at the Department of Municipal Administration, Government of Maharashtra, opinionated that smart cities aren’t necessarily smart because of digitisation rather use all possible resources and technologies making it a better place to live. He also believes that at the ongoing changes in 2020 new ways of ontology and epistemology needs to be studied to understand the complex issues at the present, replacing the conceptual frameworks of the 1950s. thirdly he cites an example of the digital technologies available with the residents of the eastern hamlets of Sanjiv Gandhi national park and found that it was similar to those who are living outside the hamlets and questioned if the digital divide is stretched out as a problem to its simplest form without proper interpretation.