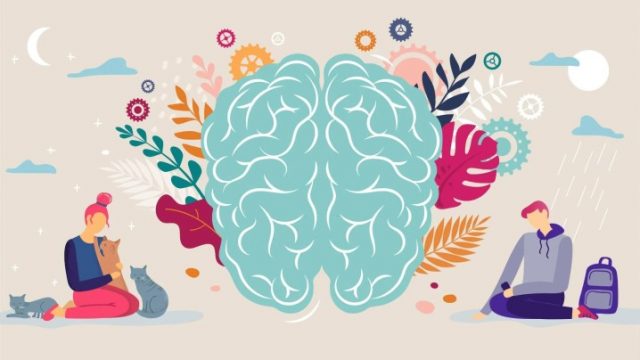 According to Prof Patel, as a result of the challenges faced by pregnant women during the 80s and 90s to provide institutional support to women in distress-raising groups, dropping centres were motivated by feminists. Curbing women and children’s mental health issues through various creative expressions due to collective efforts in form of songs, paintings, etc. Mental health has been a challenge for the last 30 years, but a lot of work has happened in this area of gender mainstreaming in mental health intervention strategies.

Dr Soumitra Pathare expressed that with respect to mental health during the phantom pain health policy you know, it was adopted in 2014 so we are now 8 years away from the adoption post countries. He talks about how over years there is hardly any change and no mental health policies mentioned have translated into services or has translated into any kind of change in the way we either perceive mental health problems or deliver help for a mental health problem. He also mentioned that government should start to follow policy recommendations by policy groups. We can see that not only the central government, but some states as well have now come forward with mental health policies. He also mentions two big problems in this space i.e., these time policies are evidence-driven and there is no natural disconnect between policy and services.

There is actively monitoring implementation and realization of the fact that proactiveness and awareness of mental health in insurance is what we should have known way before. A very important point highlighted by him was that we always talk about poverty figures but haven’t paid much attention to the suicide rates increasing since 2014 every year and the recent jump in suicide rates goes unattended. He concluded by saying that mental health systems provision of mental health services mental health academia mental health professionals and mental health advocates are stuck in a time warp of the 1960s. he also discussed a comparison of the mental health dealing situation in India with the world. He also expressed his concerns over how very few organizations work with minorities and there is no established link for them to treat their illness.

Prof Anuradha began by telling how she tries to inculcate community experience in her everyday teaching. She discussed how interventions by family, government and organization in mental health cases are good but medication is of utmost importance. She discussed how female members are often neglected in attaining treatment. She also talks about her experience when she took mental health patients out from their wards for a few hours, and she explained how it showed extremely positive results in the behaviour of patients. She says that institutions supporting mental health illnesses which are self-driven and community-based are much more preferred.

Dr Anuradha mentioned how the young generation needs counselling and safe spaces where they can express themselves and told how she helped her part in this by having proper counselling centres in universities. She also says that these mental health patients should be surrounded or handled by experts. We should raise activism among the right people in right place. Books helping in this context should be spread across and not just be limited to the academic community and also raised a point of how important it is for media to raise this issue positively. We need to battle against social media criticism and be ready for face-to-face communication. Awareness should be spread through all journals, blogs, newspapers and textbooks and educating a child’s mind from the beginning is of utmost significance.

Dr Sadhna began the discussion by discussing the mental health issues among youngsters in higher education. She states that awareness is there but the ratio or percentage of youngsters actually taking measures to curb mental health is actually very less. She also went on to discuss the situation of implementation of University of Grants Commission guidelines in higher education campuses along with the situation of various counselling, anti-ragging, and grievance cells build in college. Dr Sadhna also talks about how government lacks in taking action on non-compliance, since the 1990s situation in the education sector has drastically changed with the coming of reservations and all and increased stress for students.

She also discussed how she assessed whether counselling sales are effective. She also highlights how marginalised students are stressed. One important factor she emphasised was how lack of security on campus for minority classes, females etc. is an issue to be stressed about. Later, she discussed her mental health ecosystem established in various colleges like her peer-support program, writing about mental health, street plays, songs etc.

Jasmine began by defining mental health and stating that it’s in inter-disciplinary nature and an inclusive concept. She addressed the fact that implementation of policies in collaboration with government or organizations also needs to include evidence-informed policy decisions.  Implementation of evidence-based decisions is something which we can look forward to. She also mentions that the inclusion of lift experience as support volunteers in the healthcare system is extremely important. She also discussed how she has introduced various intervention measures to create solutions that are acceptable and feasible for every community. Apart from awareness and counselling, she stressed the role of media in this situation. Good working solutions at a small scale need to be addressed and assessed at a large scale as well. We have to look at scaling and conventions which is expanding the scope of interventions to reach more and more people to question the narrative that already exists and change the lens of the way we look at it.

Dr Swati began her discussion by emphasizing working as a team to curb and handle mental health issues. The lens through which we look at mental health needs to be changed and shifted from biomedical to biopsychosocial and spiritual aspects. She later discussed her association with various groups which helped in providing counselling to patients of all age groups during the times of COVID-19. Budgeting is one issue which Dr Swati highlighted in accordance with the lack of mental health care facilities, and counselling is not just for citizens but also for healthcare professionals, especially during COVID times. Awareness needs to be created among citizens and even healthcare professionals.

She discussed various scenarios where people’s behaviour towards doctors and nurses isn’t acceptable which further stress the healthcare professionals. She highlights that stigma attached to visiting a psychiatrist needs to be removed and equal attention needs to be paid to mental health. Talking about gender perspective she states that the majority of divorces occur where the statement by the other party is that she is mentally ill. She states that mental health issues are more diverse and since it is invisible, it still needs due attention. Lastly, she states the need for better infrastructure facilities and on-ground support for patients.

Acknowledgement: Sunishtha Yadav is a research intern at IMPRI.