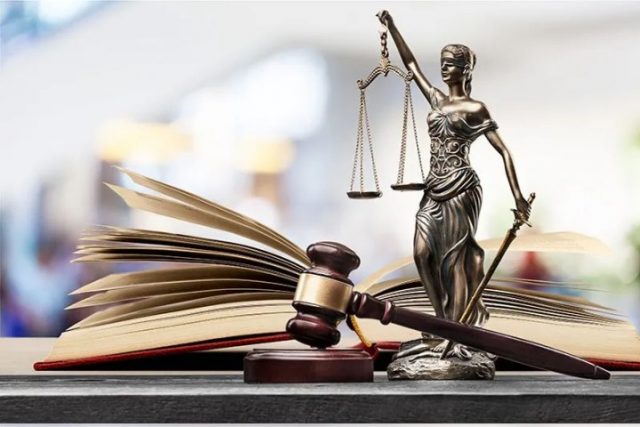 Gender Bias and Gender Based Discrimination is omnipresent and continues to have an adverse impact on society, specially women. Over the past decades, feminists have acknowledged the bigotry existing in family laws and have fought for their rights and justice in and outside the courtroom.

Gender Bias and Gender Based Discrimination is omnipresent and continues to have an adverse impact on society, specially women. Even though women are provided constitutional guarantees of equalities and non discrimination, religion based family discriminatory laws continue to reinforce and institutionalize gender discrimination. Over the past decades, feminists have acknowledged the bigotry existing in family laws and have fought for their rights and justice in and outside the courtroom.

Prof. Vibhuti Patel commenced the discussion by acknowledging the persistence of gender bias behind family laws since the colonial period across different religions. She stated that the underlying philosophy of all personal laws has been governed by patriarchy and asserted that women are not equal to men. Irrespective of their religion, all personal laws on marriage, inheritance, guardianship of children, etc., reinforce patrilineage, patrilocality, and patriarchy in society in more than one way.

However, women have been challenging family laws in the courtrooms for quite some time. Our country has more than 30,000 customary laws impacting the lives of women and girls. Tribal women in Maharashtra and Bihar filed a petition in the supreme court demanding land rights, several women groups like Saheli, Swayam, forum against women, and human rights lawyers groups, Indian Social Institutes have debated the issue of gender justice and secular family laws for over two decades. It is under this backdrop that family jurisprudence gained prominence in our country.

Ms. Flavia Agnes began the discussion by explaining the fundamental framework behind jurisprudence.  Viewing the law system from a gendered lens, several feminists have argued that the law is “a crude and limited device and is circumscribed by the dominant ideologies of society in which it is produced”.  Additionally, the reflection of the dominant ideology on the content of law makes the idea of progress problematic.  She asserted that since the hegemonic roots of patriarchy find their way in the law itself, arguments concerning women’s justice necessitate the adoption of neutrality, impartiality, and formal equality within the law.

Further, elaborating on the rationale behind equality, she mentioned that the norms of equality can only be applied to equals, and if it is applied to unequal, then the disparity is bound to increase.  However, the distinction between the position of men and women in marriage has not been recognized by the marital laws in India.  Pointing out the Hindu marriage act of 1955, she highlighted that a Woman’s status and role in a marriage are different from that of a man.  According to the Act, the man is the breadwinner, while the woman is the homemaker in the marital relationship.  Hence, in this case, their contribution cannot be measured in the same economic yardstick.  However, when it comes to divorce, both women and men have the same remedies for adultery, cruelty, etc..

She further addressed the prerogative enjoyed by men concerning the matrimonial residence.  Earlier, the husband could, if the wife took employment at far off place, file for restitution of conjugal rights, in which courts granted the plea on the ground that the husband is the law and master and the wife must obey him.  It is only in the recent past that the theory of constructive desertion has come into place.

Furthermore, the speaker also touched upon different aspects of the Hindu marriage act such as maintenance, adultery (under 498a, which was revoked in 2018), etc., and asserted that it has taken almost 60 years to demand separate gender laws.  The Prevention of Women against Domestic Violence Act (POWDA), 2005, significantly departs from the patriarchal laws.

Ms Anuradha Kapoor highlighted the bias that persists in the implementation of the law. The POWDA Act, which recognizes women’s rights and grants her right to maintenance, property, custody, etc., lacks efficient implementation. While the idea of the law was to give fast and quick relief to women by reducing the term of notice period etc., it is not happening on the ground. Courts continue to give dates stretched over a long period, and this is because they do not view domestic violence as an urgent issue. There is a massive issue with the system and institution itself in totality.

In addition, she pointed to the manner in which courts and lawyers communicate with their female clients. Female clients are never given the details and information on the case proceedings and the form in which it is being unfolded in the court. They have no say or right over their issue and problem in such a case. Besides, there is a severe lack of understanding on the part of the court when it comes to women’s issues. Lastly, commenting on the issue of marital rape, she held the view that it should be brought into the legal framework. “It’s a legal licence for men to do what they want from a woman’s body.”

Ms Sanchita Ain, reasserted the opinion that the landscape of the Indian judicial system has changed tremendously over time. From the Sarla Mudgal Case in 1995, which did not look at personal laws as personal laws, India has received the triple talaq judgement. Further, based on her experience as a lawyer, she mentioned that in India there are really few women judges and lawyers which does have a negative impact on Indian women. Contrary to the opinion of other speakers, she viewed that in many cases it is easier to push a woman’s case forward in a court headed by a female judge.

Audrey D’Mello mentioned how women are often blamed for accessing their legal rights. When women approach the police to file a case against domestic violence, they are mostly pushed back and blamed for taking such a step. “The fact that a woman is using the law is in itself a misuse.”

Appreciating the POWDA Act 2005, which has left no stones unturned, its implementation on the ground is egregious, to say the least. Women are mainly using this act for maintenance and hardly ever report cases of sexual abuse. She lacks the support of the system and society when it comes to reporting cases of sexual abuse. The societal expectation of a “good woman” sets boundaries for females who are always expected to keep the family together and intact. Additionally, the court often assumes cases of sexual abuse filed by a child or woman to be false. It is believed to be a hoax created by the woman to extract resources from her husband. Hence, while on the one hand, we hope and demand more laws for women, in reality, they have to bear the brunt of accessing such laws.

There is still a long path ahead of us regarding justice and women’s rights. While in the 80s, we thought that justice would come if we had a uniform civil code, over the years, we have come to realise that what we need is a different perspective on personal laws. When we make laws, we need to make it clear where we are going to put the law. Additionally, poor infrastructure, i.e. lesser number of courtrooms, lawyers, etc., has exacerbated the issue of poor implementation of the law. There is a dire need to modify the judicial infrastructure of the nation.

Moreover, the speakers also pointed out that laws do not work in Indian courts, but they also do not work in support of women because women do not have social help or family support. Social change is the need of the hour for laws to function.

Finally, the discussion proved to be a convincing case of institutionalisation of family jurisprudence. It is the very mechanism that perpetuates discrimination against women. Feminism jurisprudence challenges the existing system and questions the bias in the legal system. Gender-responsive laws must be bought in, and constitutional law must be designed to address women’s issues and reflect feminist thoughts.

Acknowledgement: Khushi Somani is a research intern at IMPRI.