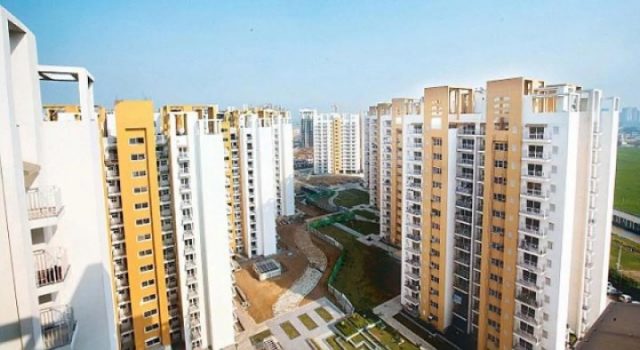 The three-day immersive Online Certificate Training Programme on “Disaster Resilient Housing and Built Environment: Imperatives for Better Policy, Planning and Sustainable Cities”, organised by National Institute of Disaster Management (NIDM), Ministry of Home Affairs, and #IMPRI Center for Habitat, Urban and Regional Studies (CHURS), IMPRI Impact and Policy Research Institute, New Delhi, commenced on December 13th, 2022. Inaugurating the session Ms Nayna Agarwal, a researcher at IMPRI, gave a brief background about the training course and welcomed the speakers and participants to the program with an introduction to the eminent panellists. The event was moderated by Shri Tikender Singh Panwar and Mr Anil K. Gupta.

Commencing the program, Shri Tikender Singh Panwar talked about the need for consideration of both Disaster Risk Reduction and Climate Change adaptability, along with adaptive strategies and mitigation strategies as important elements of the Built Environment. Further leading the conversation, Prof Anil Gupta mentioned about the four aspects of Sustainable City Systems, namely, Adaptation, Resilience, Mitigation and Disaster Risk Reduction (DRR) and how the neglect of any of these can pose challenges in the housing system. He further gave a brief about Climatic and non-climatic disasters and housing issues in relation to exposure and vulnerability context and also covered the socio-economic dimension in that context.

Prof Ravindran shared his presentation on ‘Designing for Disaster Resilient Housing’ based on the case studies of earthquakes in Bhuj and the city of Chennai. He gave a detailed explanation of six different forms of disasters, namely, earthquakes, fire, heat, flooding, rising sea levels and the pandemic, and the ways of mitigating such disasters. He talked about the importance of factoring in national urbanisation policy, linking global monitoring systems, coordination policy between national and state levels, the strategic management of refugee inflow and focus on vulnerable groups as some of the measures in avoiding the serious repercussions of such disasters.

The session was proceeded by Ms Suhasini Ayer. She talked about the ‘Adaptive Planning and Design for Disaster Resilient Built Environment’. She began her talk by stating some facts about India’s vulnerability to disasters in the past 20 years. She emphasised the usage of data while framing policies and by factoring in the capability approach by incentivizing vulnerable populations to prioritize resilient homes by the means of investment from the public and private sectors. She explained the need for land use planning, social planning and settlement planning along with adaptive building codes and standards and cost-effective construction techniques for disaster resilient built environment. She further gave a brief about the resilient framework and talked about how disasters are not just limited to loss of life and assets but have psychological implications as well. She then talked about the problems in mobilizing the implementation of effective policies.

The session began with Ms Vanessa Peter presenting on ‘Post-Disaster Resettlement Housing- Need for Legal/Policy Safeguards for Vulnerable Communities’ based on her experience in Tamil Nadu and especially Chennai with data about the families evicted from December 2015 (post -Chennai floods) till 2020 and the reasons for the same. She mentioned how no process was followed with the majority of evictions being carried out in the middle of the academic year along with improper social impact assessments and resettlement action plans. The people evicted did not have any prior consultation and did not receive any legal notices. Further, she stressed the need for considering resettlement as only the final option after inside development and in situ construction. She criticized the state-led evictions for having violated the human right to adequate housing. Concluding her talk she emphasised the need for legal and policy safeguards disaster resilient housing and habitats along with people-led participatory programmes.

Prof Manoj Parmar continued the session with his presentation on ‘Resilience and Community’ based on his research work considering four aspects of urban discourse in India beginning with conceptualizing the resilience research work, urban reality, need for urban theory and narration of ongoing research. He also talked about the three books that have been published based on his research work based on the historic urban planning process in India. He stressed the need to factor in cultural diversities while talking about urbanism in India because of the vast heterogeneous and diverse cultures and geographies across the countries. He also discussed the Resilience Index which has been used in his research work. He concluded his presentation by discussing further ways of taking this research forward.

The concluding presentation for the second day by Prof Manjula Bharathy was based on ‘Disaster, Social Vulnerability & Community Resilience’. She began by explaining the term vulnerability as the diminished capacity of an individual or a group to cope with, resist or anticipate or recover from the impact of a natural or man-made disaster and mentioning the four types of vulnerabilities, namely, physical, economic, social and environmental. She gave a formula for the calculation of social vulnerability as Vulnerability=Exposure+Resistance+Resilience. She stressed the need to incorporate the political-economic framework i.e., the protection, distribution and consumption of resources, and the political allocation of resources while looking at the disaster environment. She further discussed the interconnectedness of political society, civil society and the state to address the issue of disaster and vulnerability. She also talked about the Resilience Capacity Index (RCI) and the factors affecting community resilience.

The final day of the session began with a discussion from Ar Romi Khosla. He mentioned four main causes of disasters taking place in all settlements, namely, Information and Communication Technology (ICT); man-made global calamities; global warming calamities; increase in over-centralized and unrepresentative governance. He also criticized the increasing authority to govern from the top and defended the outdated cities and nations. He then talked about the psychological impacts of such disasters of aggressive behaviours, anxiety, depression and unemployment, resulting in a ripple effect. He mentioned overcentralized governments and stateless control of global services as two parallel trends that are witnessed worldwide. While concluding his talk he mentioned two multiple strategies that are not been guided by ideology Mesh Governance, changing the basic architecture of the governance by moving towards decentralization, and Mesh Information, centring shared platforms through digital information. He concluded by saying that multiple solutions are needed for multiple dangers that the world faces today.

Prof Shipra Maitra shared her presentation on ‘Resilient Cities for Disaster Management: Role of ULBs’. She explained Resilient cities as being capable of withstanding a disaster with minimum damage with competent and accountable local governance catering to sustainable urbanization. She stressed the need to organize public participation at the local decision-making level. However, along with that she also mentioned the challenges faced by the local bodies in Disaster Risk Reduction (DRR) including scarce human and financial resources, inadequate knowledge, lack of monitoring and an unstable political system. She also talked about the UN Campaign (2010 – 2015) to make cities resilient. She focused her talk on resilient cities in the context of the capital city Delhi and the various risks, including natural disasters and man-made disasters, that the city faces. She emphasised the need for technology and digitalization and also talked about the ongoing projects in Delhi by MCD and NDMC. Finally, she talked about the structural and non-structural disaster risk management system along with vulnerability mapping, risk assessment analysis, hazard zoning, inventory of resources for emergencies and the need for citizen participation above all.

The session proceeded further with a discussion from Prof Darshini Mahadevia on Disaster Resilience Housing based on her research findings. She talked about the varying impacts of hazards depending on the varying degrees of vulnerability and the different pathways of adaptation and mitigation adopted at the local level. She described housing as Social Protection, Housing=Shelter+Basic Services+Neighborhood. Based on her research findings in the city of Ahmedabad she stated that informal housing faces a double whammy of heatwave and water scarcity which gets compounded due to reduced green cover and higher paved surfaces. Thus, the residents of informal/ low-income housing feel more temperature within their house than in the formal house. She concluded by discussing Multiple Hazard Resilience through Hazard, vulnerability and exposure reduction along with appropriate response and that there is no general solution but rather specific localized solutions for adaptive housing.

The final expert for the programme Mr Sameer Unhale talked about the greater professionalism and better expertise in handling Indian urban disaster cases. He mentioned creating a disaster response system in the context of COVID and the lags and problems that were faced in achieving the same and further stressed documentation and debriefing on the experiences of COVID or any other disaster to avoid any such future mishappening by means of accumulated knowledge. He mentioned the operation of multiple institutions to help acknowledge and communicate with each other and encourage greater coherence, frequent engagement with the community and citizens’ engagement and participation as some of the required solutions in achieving the goal of resilient cities.

The three-day long informative training program ended with a vote of thanks by Nayna Agarwal, Researcher at IMPRI on behalf of #IMPRI Center for Habitat, Urban and Regional Studies (CHURS).