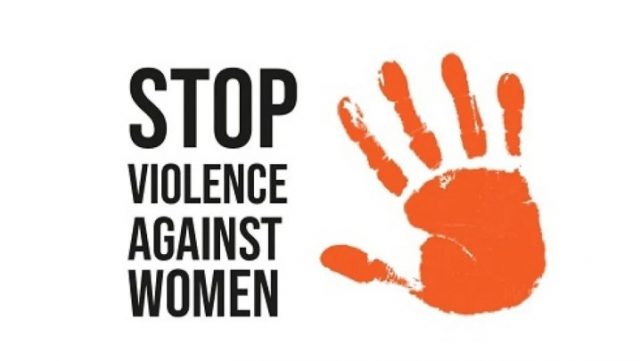 With the onset of the pandemic and the subsequent lockdown, the discourse on crime and crime against women specifically has gained significant momentum. In light of this, it becomes imperative to disentangle various factors that have contributed to the changing dynamics of crime in India since the pandemic and better acknowledge the country’s crime ecosystem.

To understand the nexus between social interaction and crime, IMPRI Gender Impact Studies Center (GISC), Impact and Policy Research Institute, New Delhi hosted a talk on Asymmetric Crime Dynamics and Social Interactions as a part of The State of Gender Equality – #GenderGaps series on 25 November 2021.

Professor Govind started the session by asserting that it is imperative to understand the relationship between social interaction and crime, particularly in a pandemic-like situation where people are away from the social setting. In such a scenario, as there is a minimal victim-perpetrator encounter, there remains an open room to discuss the unexplored variable of social interaction as a major cause of crime.

Dr. Ruben Poblete-Cazemave carried forward the event by presenting his paper titled “Asymmetric Crime Dynamics and Social Interactions.” By stating that crime’s socioeconomic significance and impact on society are incredibly significant, it is essential to understand the main drivers of criminal behaviour to holistically design policies that will reduce the total number of crimes. Many crimes depend on the physical interaction between the victim and perpetrator. Despite this knowledge, little attention is given to policies that alter social interaction opportunities as a crime-preventing tool. Consequently, in his paper, Dr. Ruben studies the role of social interaction on crime by using the natural example of lockdown in Bihar, India.

How do Lockdowns Impact Crime?

While introducing the topic, Dr. Ruben asserted that the impact of lockdown is quite uncertain. One aspect of the picture is that there has been less social interaction and hence, fewer potential victims on the streets due to lockdown, resulting in increasing search costs for criminals and a crime reduction. Adding to this argument, it is also possible that criminals are not going out because of the lockdown and hence a decrease in crime.

On the other hand, since the police implemented lockdowns, resources were diverted from crime prevention needs to efficiently impose the lockdown, increasing crime rates. Additionally, as all production activities came to a halt, the labour market was severely affected, which might have encouraged individuals to resort to criminal activity. Finally, lockdown could have also affected the reporting of crime to a great extent. Thus, it is difficult to understand how lockdown might have affected crime rates, keeping all these factors in mind.

Dr. Ruben highlighted that many police enforcement agencies in India, particularly in Bihar, were overburdened. Additionally, since Bihar has one of the lowest police strengths in the country, police activity and effectiveness were adversely impacted due to the lockdown. While the national average of police officers is 158K, it is only 100k in Bihar. According to the data, police officers were working around 11 hours a day, which might have adversely impacted their work.

In light of this, the correlation between FIR data from 850 stations and the mobility index suggested a high correlation between the number of crimes and the mobility index. The research findings show that due to the lockdown, there was a significant reduction in property crime, personal crime, and crime against women (mainly assaults in the streets).

As reported by the speaker, the primary factor behind this result was the low chance of criminal victim encounters. According to the data, there was a 41% reduction in burglary and a 61% reduction in murder. Since police deployment has no impact on such crimes, police deployment is not good enough to justify a decrease in burglaries and murders. Additionally, the data also showed no significant difference in crimes across districts with varying police strength. Finally, according to the author, reporting was also debunked as a reason for reducing crime since there was a reduction in crime with more accurate reporting.

Takeaways from the paper

The major takeaway and finding of the paper was that lockdown reduced crime in Bihar because of the reduction in victim-perpetrator penetration. The paper also highlighted that property crimes were deterred temporarily by the lockdown and personal crimes were not displaced afterwards.

Commenting on the results and findings of the paper, Dr. Anand Srivastava said that the paper assumes that the probability of an FIR filed for a crime conditional upon a crime occurring does not change with the lockdown.  However, for crimes that are not usually reported, this probability might be subjected to change.

Hence, assuming that the probability of delay and reporting crime remain the same might give better insights.  Additionally, he also mentioned that variables such as unemployment might not give an accurate analysis of crime and displacement of crime. Hence, there is room for adding different variables such as youth unemployment rate, etc.

Further, Professor Renuka Sahini mentioned that a deeper look into the difference between the number of online reports and offline reports on crime before and after the lockdown might provide a better understanding. Additionally, she also questions the type of possible policies that can be designed from the findings from the paper, keeping in mind that humans are social animals and interaction is inevitable. Finally, she commented that an increase in property crime after the ease of the lockdown might be because of the economic shock. Hence, other variables such as inequality, location of property crime, migration, etc. might provide a clearer analysis.

While concluding the session, the panellists and speaker reiterated that there is a bright and larger scope for quantitatively analyzing the landscape of crime in India. Additionally, there is a great potential and need to look into crime against women in India in order to better frame policies concerning the protection of women.

Acknowledgement: Khushi Somani is a Research Intern at IMPRI